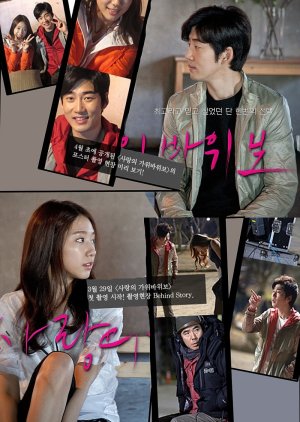 This is part 2 of a series for outdoor wear brand Kolon Sport, called “Way to Nature Film Project.” Part 1 was a 20-minute short directed by Park Chan-wook, starring Song Kang-ho. Yoon Kye-sang stars as a “black hole of dating,” a man so clueless that he has a 100% rejection rate. Park Su-jin plays a woman he gets set up with on a blind date, and then he’ll meet the woman of his dreams in Park Shin-hye. Rock Paper Scissors of Love will be released online at Kolon Sport in April Edit Translation 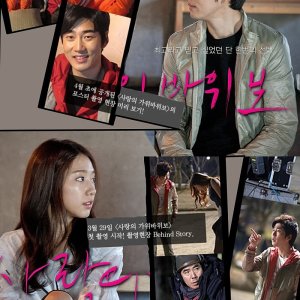 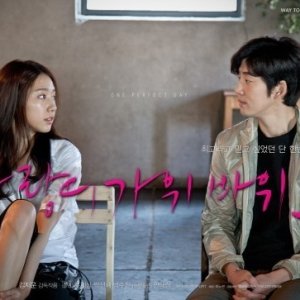 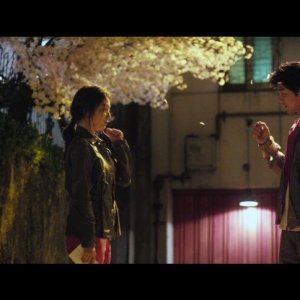 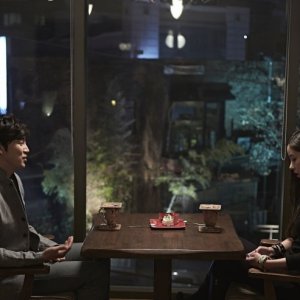 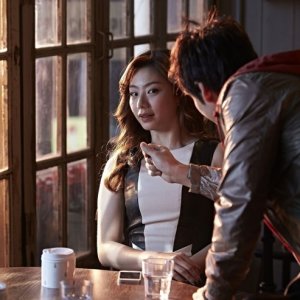 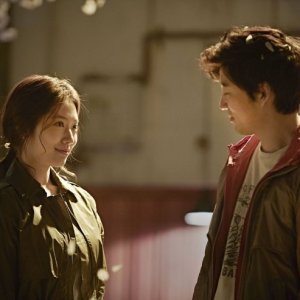 Completed
maymaymaymay
9 people found this review helpful
Other reviews by this user
0
May 13, 2013
Completed 0
Overall 8.0
Story 8.0
Acting/Cast 9.0
Music 7.0
Rewatch Value 8.0
"Rock Paper Scissors of Love" is only half an hour long, and I wasn't expecting much as far as the story went, but I was pleasantly surprised. This special had a well-executed concept and stellar acting.
Story: There's more to it than expected. Woon Cheol honestly wasn't a bad guy, but he was just so socially awkward that it was difficult for him to connect with any of his blind dates. I liked how the production team portrayed his personality so realistically and in such a relatable way. The first half was great as far as characterization went, because you actually got to see him on a blind date with Yoo Jin, and how he might be a nice guy from afar, up close he sort of fell to pieces.
Acting: I really liked Park Soo Jin in this, and that probably has a lot to do with the fact that this is the only role I've seen her in that doesn't actively make you want to hate her character. I've wanted her to break out of familiar second-lead mean girl territory for some time now, and while this was still familiar territory, her character was also subtly different from the roles she's played before. Park Shin-Hye's character seemed a lot like her others, so she acted well, but not in a way that surprised me. Meanwhile, I've never seen any of Yoon Kye Sang's dramas/movies, but I'll definitely be keeping an eye out for him. He pulled of his socially awkward and dorky character very well.
Music: I don't remember much about the music, but I remember that it was good.
Rewatch Value: Not right away, but maybe after a few months if I have nothing to do.
Overall: I know that this is sort of tacked on to the end, but this special was actually much deeper than I expected. I thought it would be light and cute, but there was a lot of relatable and familiar concepts used that made you believe that this story was actually happening right in front of your eyes. "Rock Papper Scissors of Love" was funny and cute when it wanted to be, but pulled at your heartstrings at other times.

Completed
danhasaband
1 people found this review helpful
Other reviews by this user
0
Sep 16, 2016
Completed 0
Overall 8.0
Story 8.0
Acting/Cast 8.5
Music 7.0
Rewatch Value 7.5
I though this was a cute little romantic comedy. Because it's only 30 minutes you really get a condensed look through the main characters eyes. This movie does a good job of showing the guys perspective of hopelessly wanting to find love while also being socially awkward. Park Shin Hye is only in this movie for a few minutes but when she does appear is when the movie gets really exciting. I haven't watch the movies that were a part of this series and still understand everything fine. The movie also has great cinematography!! The outdoor scenes were amazing. This was a good quick watch!