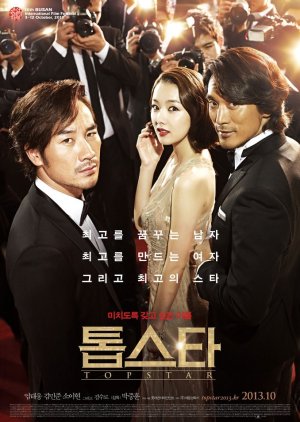 This movie entails the passion and ambition of a man who began his career in the entertainment industry as a manager surrounded by South Korea’s best. In order to reach his ultimate goal of becoming a top star, he worked his way up from the bottom and became one of the best in the entertainment industry. However, after all his effort to become a top star, his career begins to plummet. Edit Translation 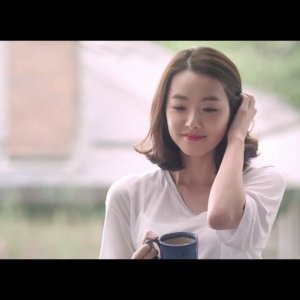 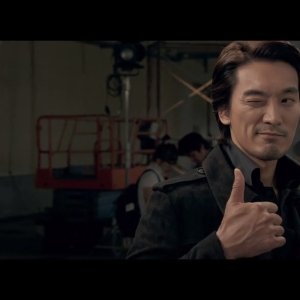 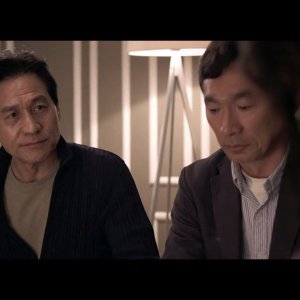 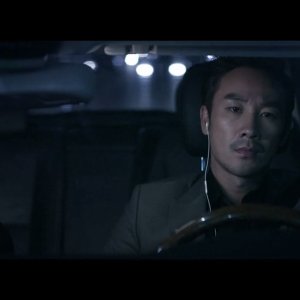 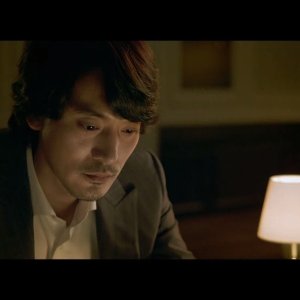 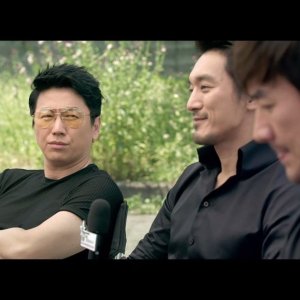 Completed
mysecretsoul
12 people found this review helpful
Other reviews by this user
0
Feb 14, 2014
Completed 0
Overall 9.0
Story 9.0
Acting/Cast 9.0
Music 8.0
Rewatch Value 7.0
Upon completing the “Will I or won’t I?” routine with Top Star (we’re all masters of this dance: check the cast listing first, read the synopsis, watch the trailers, et cetera and so on), I was overcome with the most unfortunate thing. Positive expectation! I typically take care with allowing those feelings to rise up in the first place; after all, expectations more often disappoint or diminish experiences than actually fulfill themselves.

Yet when those dreadful expectations of mine were ultimately dashed, it still surprised me. What I had just encountered was somehow much better than initially imagined. You see, I had the impression Top Star would be a seedy melodrama or, at best, one of those dank and miserable discourses on the evils of celebrity. This film could be described instead as a character study and human drama: the bittersweet tale of two flawed men and their wildly unbalanced friendship. If you like western film, you might compare this one to The Talented Mr. Ripley with Matt Damon and Jude Law (or other adaptations of the same). Instances of deja vu were undeniable.

Most impressive about the execution of Top Star must be the fact it was not at all over the top. Its characters are very human and dark in the way people sometimes are, especially the privileged or overly ambitious among us. They have both good points and bad, but the things they do are not outside the realms of reality. Of course, fame does play a role in events depicted in the film; however, it is neither deified nor demonized. Rather, celebrity is measured by the quality of the person wielding it—and the choices they make, while possessing it.

Two men share the screen in Top Star: Kim Min Joon and Uhm Tae Woong. Between the two, despite being a fan of the latter, the former captivated me most. Min Joon looks the part of an A-Lister, switching between masks of charm and thoughtlessness without difficulty. He can be warm or hateful, desolate or bright, all with surprising depth. Uhm Tae Woong isn’t called “Uhm-force” for nothing, though; he stood on equal footing with his co-star. I’m a little used to his goody-two-shoes image from dramas, but in film he seems to spread his wings a little more. The Tae Shik character was “nobody” reaching toward the stars, but I believed him completely…even if it was strange to see this “top star” playing such a role. Great chemistry between the two, with an okay check-in by So Yi Hyun as the less developed Mi Na.

Top Star has such a lovely soundtrack; I enjoyed how well its various tracks were interspersed between stretches of silence. Many interesting cinematographic sequences stood out in no small part to the accompanying auditory cues. Some viewers may like the rendition of “You Were Always on My Mind” and its off-vocal insertion a little less. However, as time rolls along and one takes the lyrics out of context, the usage suddenly makes sense. I liked its unique orchestration anyway; it may not be the original, but it’s still pretty nice.

Please note the crisp and pretty cinematography as a whole. Everything looked gorgeous and glitzy, from the surroundings to the main cast. There are a couple cameos near the beginning, too: who can you spot?

even though as a human if you fall for all kind of emotions, your true inner feeling will override all the emotions.

Even suicidal in movie scene is scary. you will liked it, wont get bored, it is a one time watch movie with good message.
Was this review helpful to you?