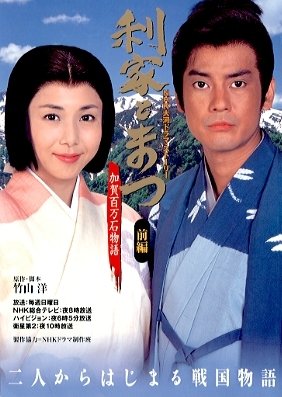 The 41st NHK Taiga Drama is Toshiie to Matsu. During the turbulent Warring States Era, one man's life and career intertwined with the three great generals of Japanese history-Nobunaga, Hideyoshi, and Ieyasu. With political savvy and the support of his fiercely loyal wife, Maeda Toshiie rose to second in power in the shogunate and built up a fiefdom that encompassed Echizen, Noto and Kaga. Edit Translation 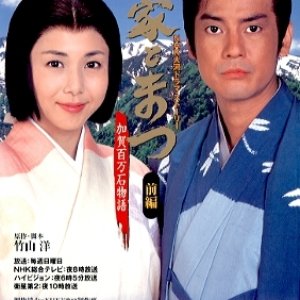 Completed
mysecretsoul
3 people found this review helpful
Other reviews by this user
0
Mar 9, 2018
49 of 49 episodes seen
Completed 0
Overall 8.5
Story 8.5
Acting/Cast 9.0
Music 8.5
Rewatch Value 6.0
Toshiie and Matsu, the 41st NHK Taiga drama, is unusual in its shared focus—after all, it centers on not one, but two historical figures: Maeda Toshiie and his beloved wife, Matsu. We follow Toshiie and Matsu through the trials and tribulations accompanying the rule of the three great daimyos of the Sengoku period: Oda Nobunaga, Toyotomi Hideyoshi, and Tokugawa Ieyasu. Together, the two cultivated the great Maeda clan and successfully navigated their treacherous times—despite occasionally landing on the wrong side of history.

The key word is, of course, together; it’s impossible to imagine one without the other. Theirs is a deeply romantic story, an enduring love that blossomed and thrived despite the power struggles ravaging the country around them. The script manages to illustrate this bond beautifully, intertwining gentle domestic sequences with historical events important to the Maeda. Viewers become quickly immersed in the warm-hearted couple, their family and friendships. However, unless one is familiar with Toshiie’s place in history, it is difficult to justify why anyone needs to see this era through his eyes—at least until the second half of the drama. After a certain event, the pace picks up and the stakes rise dramatically, conspiring to draw Toshiie center stage. This is where Toshiie and Matsu shines; all of the emotional groundwork in the first half lends itself to a veritable explosion of emotion in the second, which is immensely satisfying and heartbreaking all at once. And that ending ...! Masterfully done.

As expected of a taiga, the cast is enormous. Karasawa Toshiaki and Matsushima Nanako star as Toshiie and Matsu respectively, and while Karasawa is everything a samurai should be, Matsushima steals the show. Her turn as the strong-willed, upright Matsu, respected even by Oda Nobunaga, is career-defining. Sorimachi Takashi, our Nobunaga this time around, is memorable, carrying intimidation even in his posture; his signature line “De aru ka?” is a running gag throughout the series. Kagawa Teruyuki is again quirky and energetic as Hideyoshi, which is by turns brilliant and tiresome—there are times I felt he missed crucial nuance other actors playing the same role have knocked out of the park. Additional highlights include Matsudaira Ken as Shibata Katsuie, tragic mentor to Toshiie and Oikawa Masahiro in the role of Maeda Keijiro, who brightened later episodes with his very presence.

The soundtrack, composed by Watanabe Toshiyuki, is elegant and fitting. I was particularly impressed with the sweeping romantic theme, especially played over the sweet introduction featuring our protagonists.