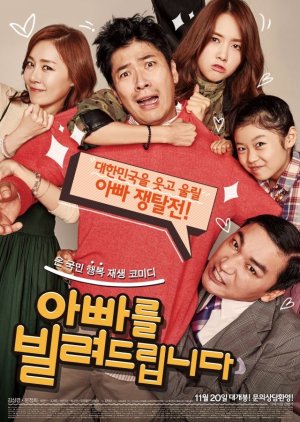 The story starts with Chae Ah Young, who came up with an idea of a rental business of her own father. On the day of her school garage sale, Ah Young presents her father, Tae Man, claiming that he is her useful item which is not in use, and JT, who craves a father figure in his life, takes the offer and rents Tae Man. (Source: KoBiz) Edit Translation 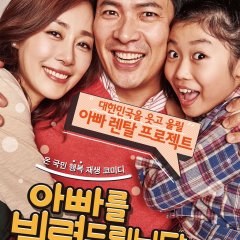 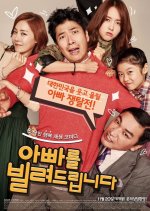 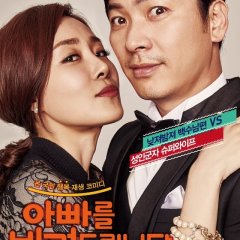 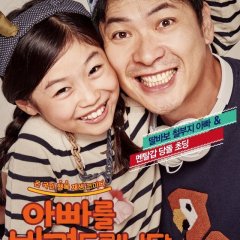 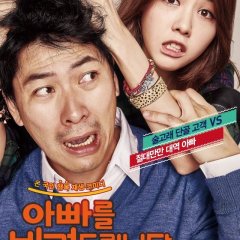 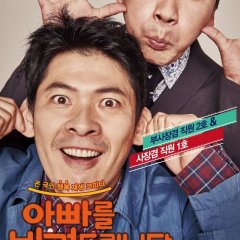 Completed
Josh
2 people found this review helpful
Other reviews by this user
0
Mar 1, 2016
Completed 0
Overall 9.0
Story 9.0
Acting/Cast 9.0
Music 8.0
Rewatch Value 8.0
It was a funny touching story that was really well done. I would highly recommend everybody to give this movie a chance.
Was this review helpful to you?

Completed
Senpai
1 people found this review helpful
Other reviews by this user
0
Jun 19, 2017
Completed 0
Overall 7.0
Story 8.0
Acting/Cast 8.0
Music 7.0
Rewatch Value 6.5
Film based on the novel "Appareul Bilryeodeuribnida" by Hong Boo-Yong (published on November 23, 2012 by PNF Entertainment).
The story begins with A-young Chae, who came up with a business idea to rent her own father. On the day of the garage sale at school, A-young presents his father Taeman Chae, stating that he is his useful item that is not in use, and JT, who wants a father figure in his life, takes the offer and rents. .
"Dad for Rent" is a good family comedy, has a consistent story and breaks teach us a fine moral lesson.
The cast is to be congratulated, Kim Sang Kyung as the father, Chae Tae Man shone, the great highlight goes to the little Choi Da In who plays Ah Yeong although young did well, throughout the film proved to be an evolution on the scene , By the way very nice.
Cinematography looks great, internal and external scenes rich in detail, perfect scene framing have enriched the movie's dramatic and joyous moments. The soundtrack was not much to my liking, maybe for being critical, but it is good, but it could improve, I find it very morbid for such a rich plot movie.
In general, "Dad for Rent" is cool, it's fun, great family drama, but joining all the elements that make up a movie, it becomes medium, a story that is not very engaging but has a certain emotion that, by the way, was well written and interpreted .