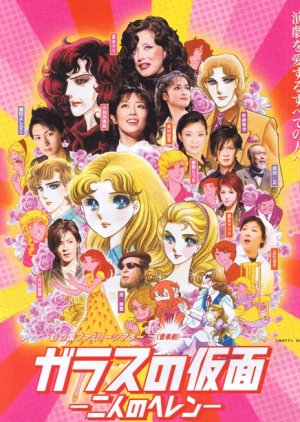 The continuation of Glass Mask. Maya attempts to re-enter the entertainment industry after losing all backing. She decides that nothing will stand in her way of becoming The Crimson Goddess, and resolves to regain her status in the industry so she can fight on equal ground with Ayumi. After everyone is blown away by Maya's monodrama, Tsukikage agrees to recognize her as a candidate for the Crimson Goddess only if she receives a Best Actress Award at the Japanese Academy of Acting Award ceremonies, or an award of equal prestige. But Maya has to compete with Ayumi for it! The Purple Rose Man is still watching her from the shadows... will Maya ever find out his true identity? Just who will become the true successor for the role of the Crimson Goddess? Edit Translation 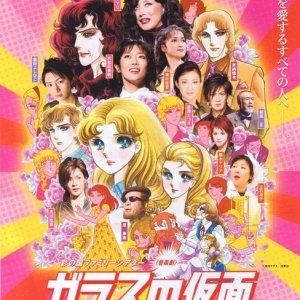 Completed
Juniko
8 people found this review helpful
Other reviews by this user
0
Apr 14, 2012
12 of 12 episodes seen
Completed 0
Overall 8.0
Story 8.0
Acting/Cast 6.0
Music 6.0
Rewatch Value 7.0
I'm a big fan of Glass Mask, and I love how this drama kept Maya's character close to the manga. The plays are faithfully portrayed , and the journey of the actors looking for the best performance is well done. But the second season is far from flawless :

- They probably didn't want to add supporting role, so they reduced the cast. For exemple, Ayumi got a part for a play she wasn't supposed to act in, which makes the drama look unrealistic because it gives the fake impression that the whole acting world revolves around Maya and Ayumi.
- They added a sub-story and made it the center of the second season, although it didn't even existed in the manga. Maybe it's because they needed a strong second male lead, I don't know, but to me it made this second season look more like a fanfiction then a real adaptation.
- The male lead still had serious acting issues from my point of view...

I also didn't like the fact that they made up an ending rather than keeping an open one.

Completed
heian_tenshi
3 people found this review helpful
Other reviews by this user
0
Aug 24, 2011
12 of 12 episodes seen
Completed 0
Overall 10
Story 10
Acting/Cast 10
Music 10
Rewatch Value 10
I like the anime version more, but still this is the best drama I've ever seen, but I must say that most likely it's interesting only to people who like acting, dramas, theaters etc. very much, because this drama is mostly about acting. I like Maya's character very much. She's a simple girl, not very smart or beautiful, but there's something special about her, and the crazy interest in dramas and theaters is very cute. And the thing I enjoyed the most was how she cherished each role she had and was serious even about small parts. Kitajima Maya was the real actress, the one who could become a different person on stage.