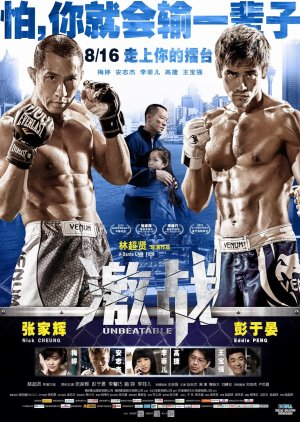 After a biking holiday in Yunnan province, China, Lin Siqi, the son of a wealthy businessman, returns to Beijing and bumps into an old friend, Chen, who is enjoying some conspicuous spending after his father died and left him a fortune. In Hong Kong, meanwhile, Hong Kong taxi driver Ching Fai, aka "Scumbag Fai", a former boxer and ex-con with gambling debts, flees to neighbouring Macau and gets a menial job at the gym of old friend Tai-sui. He rents a room in the flat of Wang Mingjun, a Mainlander who has a 10-year-old daughter, Leung Pui-dan. Mingjun still suffers from depression, after a nervous breakdown when her husband left them for another women four years ago, and Ching Fai slowly becomes attached to her and the mouthy Pui-dan. Meanwhile, Siqi has washed up, penniless, in Macau with his father, who has lost the will to live after being bankrupted by a stock-market collapse. Finding work as a manual labourer, Siqi decides to enter the forthcoming Golden Rumble MMA Championship, which has a purse of HK$2 million. With some experience in taekwondo, he enrols at the same gym where Ching Fai happens to work, in order to learn MMA. Siqi also bumps into a former Mainland girlfriend, Keke, who tells him she now has a wealthy new boyfriend. After Ching Fai by chance helps out Siqi one night when the latter's father turns violent, Ching Fai agrees to help Siqi with his MMA training, even though the championship is only 10 weeks away. However, Ching Fai, despite being 48, also harbours a secret desire to compete for the prize money which he so desperately needs. Edit Translation 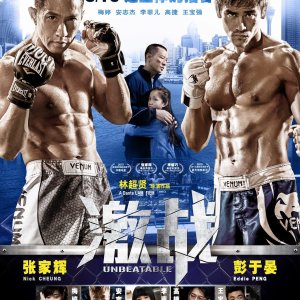 Completed
Palani
0 people found this review helpful
Other reviews by this user
0
Jun 27, 2016
Completed 0
Overall 10
Story 10
Acting/Cast 10
Music 10
Rewatch Value 10
Hong Kong director Dante Lam has a sturdy reputation in his action-packed thrillers in recent years (THE VIRAL FACTOR 2012, THE STOOL PIGEON 2010, BEAST STALKER 2008), this time around, he opts for another kind of action, the point-blank MMA fighting. The director summons a multi Nation cast. (Hong Kong - Cheung, On and Keung. Taiwan - Peng, Kao and Liu. China - Mei, Li and Wang. Malaysia - Lee.) It also imposes a daunting challenge for two leads Nick Cheung and Eddie Peng, especially for Cheung, at the age of 47 he works extremely hard to gain a brawny figure to play the washed-out former boxing champion. There aren't a glut of hot-blooded hand-to-hand combats (4 is the exact time), instead Lam and his screen writer team manage to consolidate the context of these two fighters' characteristic backdrop stories and furthermore justify their own causes to fight, Peng is to prove himself in front of his life-beaten and alcohol-abusing father and Cheung is to reinitiate his own potentiality and farewell to his squandered youth. Those are the perpetual themes of sport films, they are soul-inspiring and heart-touching at their best, but over-elaborated and shortchanged for its reality at their worst. Other than the white-knuckle combats in the cage, which has been recorded faithfully with swift and precise camera-work to achieve the sensational appearance (and very impressive pre-fighting training sequences). The entanglement between Cheung and a pair of mother-daughter (Mei, a single mother who is mentally unstable due to a past trauma and Lee, her premature daughter whose optimistic nature under an impoverished situation does strike a chord to any soul with a tender spot) occupies the majority of the narrative, the function of main female characters in the male-driven genre always recedes to either a frail victim (Mei) or a redeeming touch of guilelessness (Lee), the shackles need to be innovated, yet it is a long way ahead. The MMA serves as one of the other main attractions of the film. The liberal use of kicks and holds make the fight scenes more intense than the average boxing film, especially in the bouts featuring Andy On as an arrogant fighter. Noses and shoulders are dislocated, and the script constantly reminds us that people can die in MMA matches. While it’s the drama and the characters that lift Unbeatable beyond an average action film, action fans should be pleased by the film’s brutal MMA fights.

New Topic
Be the first to create a discussion for Unbeatable