62-year-old Hirai Yosuke, the popular, straight-talking, sharp-tongued newscaster of the highly rated news programme News 7, is called the ‘king’ in his industry and his remarks even move share prices. He had kept a lid on his private life. But two years ago, he divulged for the first time on the programme that he is the father of three children. As a result, he was dropped from the programme, and set off overseas as a journalist. His reports from abroad achieved universal popularity and heightened calls for his return to newscasting. Two years later, Yosuke is reinstated. However, this is a rapid development for his family. He may be a famous person but he is still a father and family member in the house. Eldest son Sho is a troublemaker who left home after saying he would be attending university in Osaka only to return 12 years later. He brings along his marriage partner, an older woman Kinoshita Nahoko. Because her father Kotaro is an executive of a big company and had connections with Yosuke during their student days, this creates an uproar. Eldest daughter Arisa is a career woman and in some sense the living image of her father. She has also been in love with a man as old as her father. Second son Jun is a first-year high school student who was averse to communal living in junior high school but now attends boarding school. Edit Translation 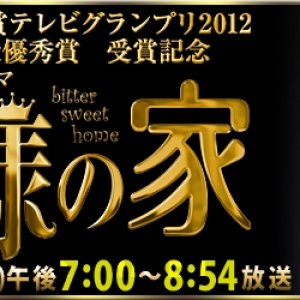