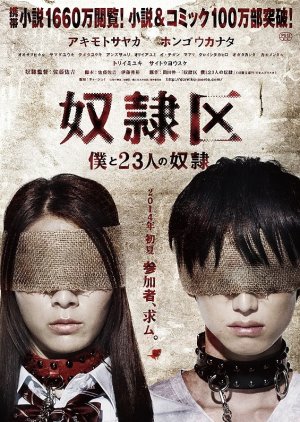 23 people participate in a game of psychological warfare in which they wear a special device called “SCM” which can be used to turn other players into their slaves. Eia Arakawa, is a girl with a cold personality who dabbles in various romances without taking anything too seriously. Meanwhile, Yuuga Oota is an eloquent, smart young man who gradually descends into insanity when he becomes wrapped up in the darkness of the game. A fierce survival game for their own purposes. Based on the novel "Doreiku Boku to 23 nin no Dorei" by Shinichi Okada (published December 12, 2012 by Futabasha Publishers Ltd.) Edit Translation 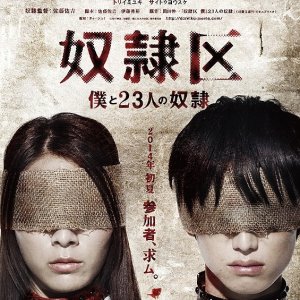 Completed
mangokid
11 people found this review helpful
Other reviews by this user
1
May 14, 2015
Completed 1
Overall 9.5
Story 9.0
Acting/Cast 9.5
Music 8.0
Rewatch Value 8.5
I came across this movie because I'm a huge fan of Kanata Hongo's frequent portrayal of grotesque and borderline crazy characters...and psychological horror films are a huge guilty pleasure of mine. The story is pretty self-explanatory, but some things don't get developed or explained as well as they should've, especially the reoccurring twists & turns, resulting in what might seem like an unclear ending or reasoning to some viewers.

Casting, like I said earlier, I'm fueled with theatrical respect when it comes to Kanata Hongo (or anyone, really) acting his usual 'insane' roles, but he wasn't the only one that impressed me throughout the movie. All actors/actresses were so great at portraying their...unique characters, I almost felt that the game they were playing was real despite all the unique features and attributes attached to them.

Overall, I'd recommend this to anyone who isn't easily triggered by various taboos. They're all over the film, literally; it can toy with the mind and it is slightly gross to see how far people are willing to go for the mere addiction of control. But in being so, it is an interesting film. Watch it with an open mind, and everything will run smoothly.