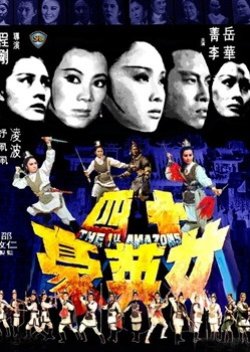 The Yang family, men and women, had served their country (Song Dynasty) loyally for generations. During the war with Western Xia, General Yang Tsung-pao is ambushed and killed. His death leaves his only son, Yang Wen as the only male heir left to the Yang family. His widow, Mu Kuei-ying, the grand matriarch and the entire family set out to avenge his death and defend the country. Due to the interference of a corrupt official, Wang Ching, the Yangs were unable to have the emperor's consent to use the imperial army. Thus, they set off with whatever volunteer troops they could muster. Knowing of Mu Kuei-ying's reputation as a warrior and tactician, the king of West Hsia and his sons try various ways to stop her to no avail. They are outsmarted at the end as Mu Kuei-ying, the Yang family and Sung soldiers successfully storm their stronghold. Edit Translation 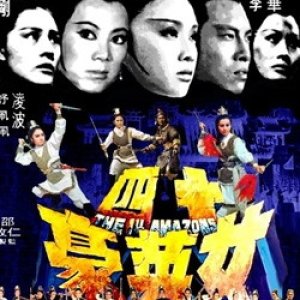 Completed
Senpai
0 people found this review helpful
Other reviews by this user
0
Feb 24, 2018
Completed 0
Overall 6.0
Story 6.5
Acting/Cast 7.0
Music 7.5
Rewatch Value 4.5
The  film is interesting because it travels in time, in the history of  China, during the Sung dynasty, the Yang warrior family trained all  their women to battle. Perhaps  at first they intended only to be defenders of the house while the men  were as far away as the battlefields, but all the women to the smallest  maid were skilled with swords and spears. There  were four generations of these powerful martial women, some of whom  have become generals in their own right, and are celebrated in novels,  arts, plays and operas, and in which The 14 Amazons is based. Although  it was a great success in his revival in Cannes, and was a great  businessman when Shaw Brothers first released it in 1972, the novelty of  so many women swords in a film is excellent and the visual impact of  its great breathtaking action scenes . And the serious tone is also appreciated, with its broad patriotic movements. Still, the tone of "meaning" around this movie is not supported by its content.