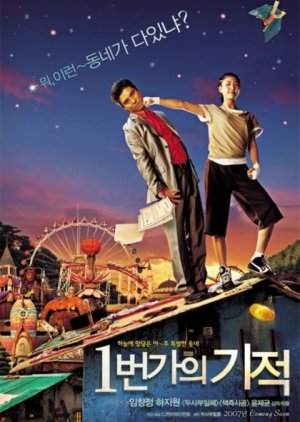 The film begins with useless lowlife gangster Pil-Je being sent to the titular slum neighbourhood to clear out the remaining residents and make way for a modern apartment complex. He sets about his task by trying to intimidate people and force them to sign their houses away, but soon finds himself becoming involved with them, and in a supremely ironic, though not exactly unforeseen twist even starts helping to improve their lives. Of course, it helps that he catches the eye of troubled young female boxer Myung-Ran, and the two gradually form a relationship of sorts. Edit Translation 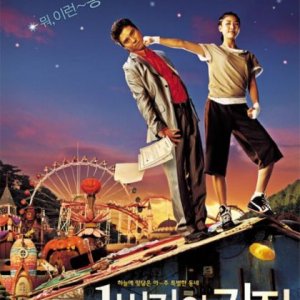 Completed
Gracefire
0 people found this review helpful
Other reviews by this user
0
Jul 13, 2018
Completed 0
Overall 4.5
Story 6.0
Acting/Cast 5.0
Music 1.0
Rewatch Value 1.0
Great message on stick to it until you succeed, but rather sloppy direction and filming. A nice starter drama to see the beginnings of actors you already enjoy seeing (Ha Ji Won), but it lacked some authenticity and cohesion. She won? Really? Then why did they raise the arms of her opponent? She stuck through it though, and had a visit from her deceased dad, so for what she put into the fight, she received her reward. I don't think I'll view it again, because it was just so raw. Watching the children being pummeled by tomatoes was painful, as well as the child plunging to the earth, thinking he could fly. He DID fly, though. Right when there was civil unrest in his neighborhood, so that was remarkable! I'm glad I saw this one, but I doubt I'll view it again.