A Stalker's Guide to Eugene

Hi everyone, this is my first post so please don’t be too harsh on me ^__^"
Stalker's Guides about actresses are rare, so I hope you all will appreciate this one.

A Stalker's Guide to Eugene

I saw Eugene for the first time in Save The Last Dance For Me - my first Korean Drama. I've been stalking her since then and she became my favorite actress ^^

Eugene is one of the first generation idol-actresses (predecessors of those famous today like  Suzy). With Shoo and Bada, she was part of SM Entertainement's first girls group - S.E.S. She was the maknae.

After the band had split, each girl pursued a solo career: Bada, who has a beautiful voice, starred in musicals; Shoo, who went to Entertainment, is now married and a mother of three; and Eugene became an actress.

She also continued her music career for while and released two albums “My True Style” and “810303”.

Here are two of her songs that I love: " Wuthering Heights" and "The Best".

She wasn't successful though and turned to acting, where she met with big success. Since then, she has made a lot of dramas and movies.

Let me present some of her major projects.

Save The Last Dance For Me

As I wrote, I discovered her in Save The Last Dance For Me - a melodrama. I really liked her in this. She and Ji Sung were a beautiful couple. Her acting touched me as she was very bright, joyful and pretty. I loved this drama because the casting was good and the story very deep. It was my first Korean drama too, so you can imagine how I felt.

Prior to that, she starred in Loving You in 2002 with Park Yong Ha and Lee Dong Wook. This drama had a very good cast, but it’s old so many people haven't seen it. Of course I watched and liked it. There are only 12 episodes and  it was Eugene's first drama after 5 years of being an idol. She was young and didn't have much experience. However, she did her best and her character was appreciated.

After Save The Last Dance For me, I researched everything about Eugene (other dramas, movies, boyfriends, etc…) - I was already a big fan. Later, I saw Wonderful Life in which she starred with Kim Jae Won and a child actress- Jeong Da Bin. This drama was really good! I laughed, cried and I loved it.

Eugene acts well with children. In Wondeful Life she had a good chemistry with her baby girl Shin Bi (Jeong Da Bin). She showed how you can be a mom and still have a dream! She showed many sides of her personality.She was sweet with Shin Bi, sexy when she had to (especially when seducing her husband) and competitive with her rival Lee Chae Young.

As a person, she's always kind and warm. I think that's why she can do mom roles that well. Her son, Tae Geuk, in Can We Love was almost a teenager and her relationship with him was different from the one she had with Shin Bi. Still, she was up to the challenge - it was one of the most beautiful mother-son relationships in the world of dramas.

The Goddess of Family Dramas

Eugene often starred in family dramas. The most famous one was Baker King, Kim Tak Goo.

It’s weird, because I thought Shin Yoo Kyung’s role was not her best one. That said, it was good to see her play the “bad girl” part. She had always played nice characters, so I was very happy to see that she could play a villain too.

The second famous family drama she starred in was Creating Destiny. This drama must have been Eugene’s destiny because she met her husband Ki Tae Young on set. Funny, right?

Indeed, the drama is about a Korean girl that mostly lived abroad and whose dad wants her to marry a Korean man. Sang Eun - played by Eugene - must come back to Korea to meet her future husband Kim Yeo Jun (Ki Tae Young). Of course, the first meeting is a disaster, but eventually they fall in love and must stay strong, when facing their fighting families.

In real life, Eugene and Ki Tae Young started dating and ended up getting married in 2012. Daebak!!

Last year, she was amazing in MBC family drama -  A Hundred Year's Inheritance. Chae Won - her character - was the eldest granddaughter of a traditional Korea family who fell in love with a chaebol son - Lee Se Yoon (Lee Jung Jin). The scenario is a “déjà vu”, but this drama was very successful in Korea achieving good ratings. It was her first drama after getting married so many people had been waiting for it. She and Lee Jung Jin formed a perfect couple in this drama.

Eugene can adapt with many actors. She formed a funny couple with  Lee Min Ki in I Really Really Like You. She played a mountain girl - Bong Song - who comes to Seoul in search of her parents. She meets Nam Bong Ki (Lee Min Ki) - a bodyguard in the Blue House, and Jang Joo Won (Ryu Jin)  - a doctor. Those three form a love triangle.

She hasn't starred in a lot of movies, but she played a different character in each one.

A romantic comedy, in which a traditional family daughter - Eun Ho (Eugene) - falls in love with a chaebol heir, Wang Ki Baek. Eun Ho and Ki Baek must get a consent from their families, which turns out to be very hard, because of the different backgrounds. This leads to hilarious situations.

The story is based on a novel by Song Hae Yoon, who won a literature prize in 2003. Eun Soo, a librarian, is on the look out for book vandalism that's been happening in the library. One day, she catches Jun Oh ( Lee Dong Wook) tearing off pages of books. Eun Soo accuses him of vandalism but soon discovers the complex story behind his actions: Jun Oh's girlfriend suddenly left him with only this mysterious note, "Look up page 198". Jun Oh's girlfriend loved books and went to the library frequently. Since then, Jun Oh has been coming to the library and tearing out page 198 from every book he comes upon. You just got to love a movie where characters have a dual personality often hiding a tragedy. This is a very beautiful movie.

A story about six people pairing up after arriving in Manila, Philippines.  I still haven't watched this movie. I have it, but I've never had the opportunity to watch it. I love the Eugene/ Lee Min Ki pairing. Plus, the two of them are very close in real life and a lot of people enjoyed the movie.

This is the story of a young woman who enters a yoga school with other girls to receive lessons on how to gain the ultimate and immortal beauty. I do not like horror movies, but I got myself to watch this one for Eugene. The movie was nice but that's it. This may be because I'm not a fan of this kind of movies. However, thanks to this movie I got to see Eugene in a different role and that was cool.

Some interesting facts about Eugene

In Korea, she's known as Yoo Jin, not Eugene. Only foreign fans call her Eugene.

She is very interested in the field of beauty. She was the MC of the program “Get it Beauty” for 4 years and published a book called "Eugene's Beauty Secrets" with beauty and technical tips.

She is the face of Lancôme in Korea.

She often meets her two "sisters" Bada and Shoo. They still have a beautiful friendship and organize some charity events.

She made an appearance in the drama “Ohlala Couple”.

Her nickname is Panda.

Thank you for reading :)
If you enjoyed this Stalker's Guide please let me know your thoughts.

If there is an actor or an actress that is worthy of a Stalker's Guide in your opinion, and you have watched enough dramas of his/hers to prove it, please contact Elisabetta about it. 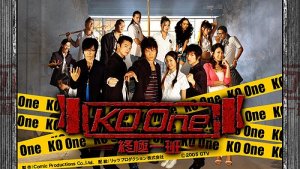 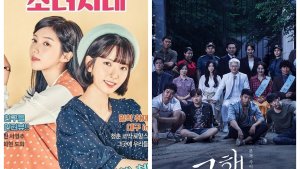