Signal is the type of drama that can only be described as amazing. It got me hooked in the first few minutes of the very first episode and it hasn't let go ever since.

Signal is a fast-paced crime and supernatural drama, a drama that only gets better and better with each episode. I was expecting great things from this drama considering it's directed by Kim Won Suk (Incomplete Life) and written by Kim Eun Hee (Three Days). They have made some great dramas in the past and they definitely gave their all for Signal.

Park Hae Yeong is the rookie cop who joined the force in order to clear up his brother's name. He finds Lee Jae Han's old walkie-talkie and so the adventure begins. In all honesty, Hae Yeong is one of my favorite characters in dramaland. He's rational and sensitive at the same time – overall he seems real. This is all thanks to Lee Je Hoon's great acting that brought Hae Yeong to life.

Cha Soo Hyun is the kind of person you just gotta get used to. When the drama first started, I couldn't understand some of her motives – she left me feeling confused, bordering on dislike. However, we couldn't have gotten a better team leader. She's one badass lady! Definitely one of the strongest leading ladies in K-dramas. Kim Hye Soo's acting is solid!

Jo Jin Woong (Beyond the Clouds) as Lee Jae Han

Lee Jae Han makes my heart ache. He's a sweet guy with a huge sense of justice – he's a beautiful cinnamon roll too good for this world, too pure. We see him fight for what he believes in, always giving 100 %. Jo Jin Woong is a new face to me, despite him being a veteran actor, and his performance really blew me away.

I'm sure everyone knows how I feel about this drama – it's the best thing since sliced bread. Believe it or not, that is my unbiased view of this drama. I began watching this drama thinking that it would keep my 80s nostalgia alive after Reply 1988 ended, but it did so much more than that.

Despite knowing about the writer and PD's reputation, I haven't watched many of their projects. The same goes for the cast. I came into this drama expecting it to be good but not too good. I'm not a fan of thrillers/crime dramas, never have been, and I wasn't expecting to like this as much as I do.

P.S. I'd like to mention that this drama also has an amazing supporting cast and guest stars. Everyone's characters strengthened the plot.

What are you waiting for? As of March 7th, Signal only has two episodes left. It's time to marathon like crazy and fall in love with this amazing drama!

Are you as hooked on this as I am? Share your thoughts! 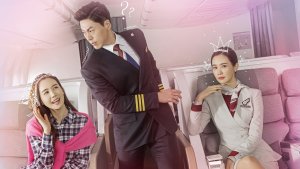 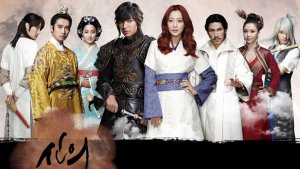 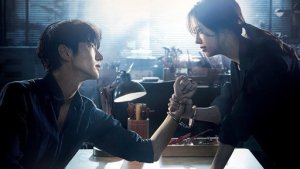