Very often, it is difficult to choose what drama should be watched next. Certain dramas that we come across can make us skeptical; these are the dramas that are much less talked about and much less praised. It makes you wonder: is it worth devoting the thirty hours? I cannot speak for all the dramas hidden away, but the ones recommended today are a definite must watch!

*Note: very minor if not any spoilers ahead! Battle of Changsha is a war drama taking place in Changsha during the second Sino-Japanese War. Throughout the drama, we follow the Hu family, who must go through continuous losses as they counter the Japanese. Amongst the family, the central focus is on Hu Xiang Xiang (Yang Zi). There is major development in this character throughout the story. Initially, she is a witty, immature, and stubborn girl who causes chaos 24/7. Along with causing chaos, she is a coward who can’t clean up her own messes. However, through losses, she learns how to mature and transforms into a sacrificing and brave character. The other main character is Gu Qing Ming (Huo Wallace). I had already seen many dramas featuring Wallace prior, but his performance as Gu Qing Ming in this drama is my favourite, even to this day. He plays a character which you might think is arrogant and cold-hearted at first, but throughout the show he is a leader that takes his troops through endless battles, directly going against his stubborn father. Hu Xiang Xiang initially disliked Gu Qing Ming because she believed he was arrogant, whereas he thought she was too childish and immature, so they both started off on the wrong foot. Eventually, they develop a pretty cute romance. The romance aspect is not the focal point; however, it is manipulated so it really impacts you when something bad happens. In addition, there are some pretty cute scenes between the two. Yet, this super cute romance was not even the best aspect of this drama. My favourite part of this drama were the family interactions. Each of the characters have their own personalities and their quirks. The bits of light comedy that contrast the war were really fun to watch. All the actors portrayed their characters exceptionally and genuinely made me feel like they were an actual family. This made an incredible connection between the audience and the characters and allows the audience to care greatly for each and every one of the characters. That being said, if you decide to give this a watch… prepare the tissues! It’s a bit crazy that it’s been nearly a decade since this drama came out. Today, there are nearly dozens of variations and remakes of this drama; however, this one is my favourite adaption. That being said, it’s one version that’s quite a bit older, but nonetheless it's still worth the watch!

This wuxia drama begins with a complex family backstory that lays out two families and the two children that are the descendants. The truth about the deaths of the two fathers will explain why our villain, Yang Kang (Justin Yuan), is who he is and depicts why he betrays his family.

On the other scale of the spectrum is Guo Jing (Hu Ge), our loyal but naive hero. He starts off as a bit of a mess, but then he meets Hong Qi Gong (Leung Bryan) and Huang Rong (Lin Ariel), and he proves to be a force to be reckoned with! Our central lovers are Guo Jing and Huang Rong, and to be honest they’re kind of a plain couple, but both compliment each other well enough. It’s quite amusing to see Hu Ge play a goofier character after seeing him take on more serious roles like he did in Nirvana in Fire. Ariel Lin does a decent job playing her quirky, clever, and cute character. Overall, they portray a sweet couple. And last, but not least, a drama that I hold very dearly, probably my favourite action-drama I have ever seen. I have rewatched this three times already, and each time I’m always intrigued. The story itself isn’t something 100% unique, but if you are a fan of action, this drama is a MUST WATCH!

The plot for The Vigilantes in Masks flows a bit like an ordinary superhero story, except these superheroes are bandits. This unconventional team will deal with corruption to bring justice to the people. Not to mention they have some goofy costumes. The first episodes may be a bit slow, but once the story gets rolling you won’t be able to stop watching! This is another drama featuring Huo Wallace. He plays Li Ge Xiao, who on paper seems like the whole package deal; he’s smart, talented in martial arts, and not to mention, quite attractive. However, his past continuously haunts him as he learns to cope and seek revenge throughout the drama.

Yan San Niang (Liu Cecilia) is our stubborn and butt-kicking character that, like Li Ge Xiao, has a heartbreaking backstory to explain why she’s become a bandit. She’s a character who is not afraid to pick a fight, but this causes her to make rash decisions that leave a mess. Thankfully, there’s Li Ge Xiao to always clean up the mess. She starts developing feelings for Li Ge Xiao, and it’s hilarious to see the two interact (although, if you’re going to watch specifically for the romance, this isn’t the drama for you)! He Xiao Mei (Ma Tian Yu) is a slightly wimpy, yet sassy character that gets you laughing. Initially an opera singer, he is highly skilled in medicine and disguises.

Chai Hu (Xing Yu) is a bit of a brick-head. He acts before he thinks and often jumps to violence to resolve all his problems. Because of this, he is on the most-wanted list, but in the drama, you will learn that he has a soft heart. What I really enjoyed about this drama was the chemistry between the team. All of them shared a friendship that was truly a pleasure to observe.

Throughout the series, there are several “missions” the team must go through, and by the end, they all tie together to the very last mission. I enjoyed nearly all of the missions, and none of them will leave you bored or uninterested. So while this drama may not bring anything unique to the table, it excels at what is expected in an action drama and will excite you for more. This is a drama that definitely deserves more praise!

Woah! You made it this far... well, are you gonna give any of these dramas a try?

Leave a comment if you've already seen any of these dramas or leave any recommendations you'd like to share. I hope everyone has a great day! 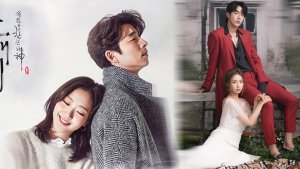 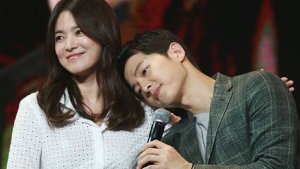 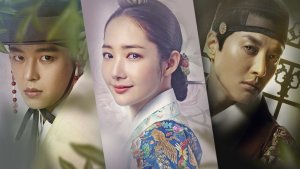