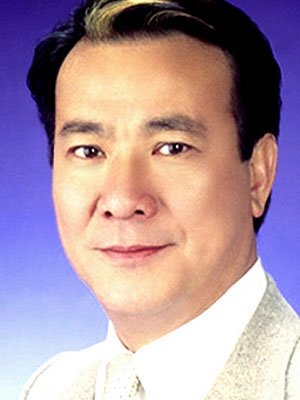 Danny Lee (Chinese: Lee Sau Yin) is a Hong Kong actor, film producer, screenwriter, director, action director and presenter. He is known for frequently portraying Hong Kong police officers in films such as Law With Two Phases, The Killer and The Untold Story.
Lee did not do so well in school and sometimes dropped out to help support his family by working. While growing up, he held policemen in high regard and so, upon graduating high school, he tried entering the police academy, but could not complete the courses. He then decided to pursue a career in acting.
Lee entered the TVB Acting School in 1970, and got his first big role in the 1972 film Water Margin. The next year, Lee made his starring debut with River of Fury. He then went on to star in Shaw Brothers' 1975 Hong Kong tokusatsu-style superhero movie and camp classic The Super Inframan playing the Chinese superhero himself.
After superstar Bruce Lee's death in the same year, almost every star in Hong Kong was pushed in to fill "The Dragon's" shoes, and Lee was no exception, even going as far as to actually portray the legend himself in Bruce Lee and I. By the late 1970s, Lee had begun to tire of kung fu movies and thus tried his hand at different fare, such as 1977's The Mighty Peking Man (a King Kong ripoff now considered a camp classic) Still being offered roles in martial arts films, Lee decided in 1978 to form his own production company. One of the earliest products from his company, 1981's The Executor (aka Heroic Cops) was largely nondescript, except for the fact that it was the first on-screen pairing with Lee and future superstar Chow Yun-fat.
In 1982, Lee directed his first movies, One Way Only, and Funny Boys and then followed it up in 1984 with the movie that would cement his image in the consciousness of Hong Kong, Law with Two Phases (aka Law with Two Faces). The violent movie (for which Lee won both the Hong Kong Film Award and Taiwanese Golden Horse Award for his acting) featured Lee as a hot-headed but just policeman, a role that he reprises to this day. Many people thought the movie was too bloody and must have been exaggerated, but the local police thought the movie was very realistic and took to calling the actor "Lee Sir" ("Officer Lee"). In later years, Lee has received numerous awards from police organisations for his dedication to showing realistic police procedures and donating money to the families of slain officers.
Law With Two Phases also inspired other directors. Some of the elements used in the shootouts were used by John Woo in his breakthrough 1986 film A Better Tomorrow and Law's documentary-like look inspired Kirk Wong to continue with a similar style (which he was also developing at the time). Both directors subsequently asked Lee to work with them. But in fact the shootouts in Lee's movies were more realistic than John Woo's. Lee appeared with Chow Yun-Fat in Ringo Lam's 1987 gangster classic City on Fire (where he plays a rare role as a criminal), and then appeared in John Woo's benefit project for Chang Cheh, Just Heroes (1987, which Lee also co-directed). Lee's next project with Woo was, 1989's The Killer. Originally, the studio did not want Lee in the role of a cop once again, but both Woo and Chow Yun-Fat insisted on putting Lee in the film, since he was so much in the public's minds as being an upstanding police officer, which they thought was crucial for the role. The movie was an international cult hit, and Lee became forever associated with being a cop in Western minds. Lee worked with Kirk Wong again in 1994 with Organized Crime and Triad Bureau (a film Lee also produced), where once again, he plays a cop.
Besides cop vs bandits thrillers, Lee acted in comedies too, including Chase A Fortune and Big Score which is more like Lee's usual cop films mixed with Wong Jing's gambler movies .He also directed two cop-comedies Cop Busters and Oh My Cops starring Kent Cheng and Wong Ching.
In 1987, Lee formed his second production company, Magnum Films, and has become a fairly powerful producer in Hong Kong. As fitting for a company named after Dirty Harry's favourite gun, many of Magnum's films are ultra-violent "Category III" (Hong Kong's equivalent of the "NC-17" rating – no children allowed to watch) films which have become classics in their own right. Movies like The Untold Story, Dr. Lamb Water Tank Murder and Twist scared local audiences and entranced foreigners with their over-the-top attitude. In the late 1980s, Lee was also one of the first producers to back Stephen Chow (and is sometimes credited for "discovering" him), who was at the time a small-time dramatic actor, but who would then go on to be Asia's biggest star after appearing in a series of "mo lei tau" (nonsense) comedies. Lee even directed Chow in one of his first comedies, 1990's Legend of the Dragon.
Lee returned to the big screen in the 2008 Hong Kong action film Fatal Move. He also made an appearance in Jingle Ma's action comedy Playboy Cops.
Though his on-screen output has slowed down in recent years, reduced to mostly cameo appearances in movies like Young and Dangerous 5 or low budget movies, Lee (and his company) are still pretty busy with behind-the-scenes work, and it seems a given that as long as there will be a Hong Kong movie industry, Danny Lee will be there – especially if a movie needs to have a cop in it.
Danny Lee starred in 138 movies and directed 10 movies.