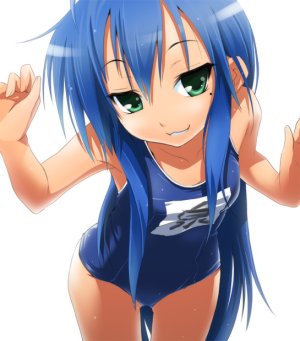 Completed
Does the Flower Bloom?
7 people found this review helpful
by Tanky Toon
Jul 16, 2018
Completed
Overall 8.0
Story 8.0
Acting/Cast 8.0
Music 8.0
Rewatch Value 7.0
After patiently waiting to watch this movie, I have finally done so. What to say about it?

Story: I find the premise (after reading the movie summary) to be "cute", however, I had a high expectation going in that
I thought the story would unfold with more plot elements than what I have read. So either the person who summarized the movie
was pretty good or that the story did not live up to it.

Acting / Cast: Aside from some of them being eye candy (one in particular), I can say that the acting is quite run-of-the-mill and
nothing that stood out that I would give any of them an Oscar, but they were believable enough in their roles that I did not spit out laughing inappropriately.

Music: I really don't pay attention unless it's pretty amazing or pretty horrible, I guess it didn't fall in either bucket.

Re-watch Value: Nah, I don't re-watch movies or dramas unless they are playing in a TV screen somewhere and I'm too lazy to change the channel,
which it ain't happening with this one as I had to scour the good old net to watch this movie.

What I liked: There were a few adorable moments (like the awkward lip to lip action - if you can call it that) and maybe I just got curious of how they
would end up or tackle the age-gap issue that Kazuaki kept bringing it up.

What I didn't like: If Kazuaki was so hung up on the fact that he was so much older than Yoichi, why did he keep going back to Yoichi's house with
different excuses? I can't say more than what is beyond the scope of the summary. Don't get me wrong, I'm not against May-December romances,
but when one is just barely going out of his teenage years, and the other almost as old as his father.....what could be really holding them both together
except attraction or curiosity maybe?

They already have enough challenges as it is, being both males in a very restricted culture, and to compound on
that their age gap issue, and other difficulties (like when Kazuaki gets transferred to Osaka).
Would Yoichi's young shoulders be able to handle all these then?
I wanted the movie to address these questions, I guess I wasn't satisfied with the answers to give the movie a 10.