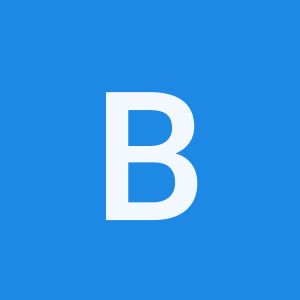 Ongoing 70/120
Love Returns
3 people found this review helpful
by BlackPanther
Mar 19, 2018
70 of 120 episodes seen
Ongoing
Overall 6.0
Story 7.5
Acting/Cast 9.0
Music 6.0
Rewatch Value 1.0
Story
The story isn't as bad as everyone is saying. It's actually a really close-to-reality kind of situation. Gold-diggers are everywhere; that type of cancerous shit isn't just in Korea, it's all over the world. I do concede however that it's not the brightest of ideas to make money as the driving point of a show.

Acting/Two 'leads'
I'm a big fan of Pyo Ye Jin. She's not the prettiest nor the sexiest actress, but when it comes to acting, she's just so natural. Her emotions and facial expressions are so believable that you almost think she really is that character in real life. I've first seen her on tv when I watched Fight for my way, and I was really impressed and moved by her acting there. I honestly think her acting there alone was a lot better than the second lead couple. I've then seen her on While you were sleeping and Doctors; she had minimal scenes, but she showed how cute and great her potential for acting is. I think she's really talented (and really really REALLY CUTE) and has a bright future ahead of her. If you're looking for a standout actor in this series, it's her. Get this woman more lead roles! Wasting talent is a crime, and she also deserves a lot more with the current attention on her. Lee Sung Yeol is actually not that bad. I have this prejudice of always thinking that kpop talent turned actors/actresses are really bad, but he actually is not bad. Has a lot to improve on, but in general, his acting won't hurt your eyes. I'd say he's at Suzy's level (not the Suzy from Uncontrollably fond or big, but the Suzy from while you were sleeping) and has loads of potential

Music
Nothing special at all. Music kinda sounds like recycled songs from 2000-2010. Idk, maybe it's just me.

Overall
If you can look past a mediocre OST and a really bad cinematography because you're looking forward to new actors/actresses breakout performances, then this show is watchable and I can say it's for you. If you can't however, you can just skip this drama. I might just let it finish first before I binge watch the remaining episodes just because I want to have proper closure from the characters.
Was this review helpful to you?