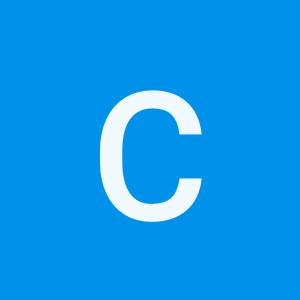 Completed
Well Intended Love
52 people found this review helpful
by ChinguMode
9
May 21, 2019
20 of 20 episodes seen
Completed 9
Overall 1.0
Story 1.0
Acting/Cast 6.0
Music 4.0
Rewatch Value 1.0
This review may contain spoilers
Like dramas with contract marriages? Think this is the drama for you?

YOU ARE WRONG.
STOP NOW.
DO NOT PRESS PLAY.

This is the strongest warning I can possibly give about a drama.

At the beginning, this drama had a lot of things happening that were ridiculous - and by that I mean silly, overblown makjang. To be honest, for the first few episodes, I kept watching just to see how ridiculous the plot could get.
Unfortunately, it's not the overwhelming list of silly that is the problem here.

The biggest problem with this drama is that it is a shocking apologia for domestic abuse of a particularly subtle and manipulative kind.

Cut it whichever way you want: Xia Lin's husband is almost sociopathic in his possessiveness. He controls her every move, manipulates her, gaslights her, tracks her, stalks her, lies to her, imprisons her. And worst of all, all of this is framed as evidence of his great epic love. It is not. This is not romantic, it is hugely disturbing and hugely wrong.

This is the story of an abused woman who tried to escape her abuser but ends up falling back into the relationship anyway. It would actually work quite well as a warning against men who behave like this; using their wealth and power to control another person. Ling Yi Zhou is the most abusive male lead I've seen in a drama in a long time.

The only acceptable resolution to this scenario would be Xia Lin being strong enough and brave enough to leave this toxic relationship behind and forge her own path in the world without Ling Yi Zhou. Anything else serves as a justification for horrible domestic abuse.

Even after the huge TWIST I admit I kept watching because I wanted to see how the show would handle the revelation. But by the time he was microchipping her with diamonds to track her every move, I realised I was done.

I am not just sorry I watched this - I'm upset that dramas like this exist.

I wish I could give dramas a 0 because if I could, I would.
Was this review helpful to you?