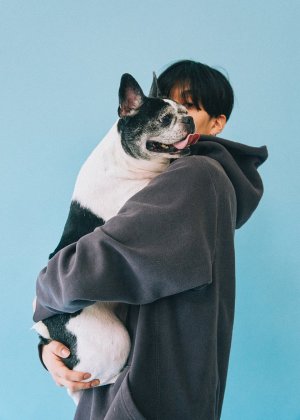 hi i’m nini! a pretty generic nickname~ i’m a twenty-something college student who likes to waste my free time with drama’s or just surfing the web. i like socialising a lot, so please don’t hesitate to add me as friend or talk to me!

i watched my first drama in 2006, but never really thought about tracking what i watch before i made this account, so sadly i don’t remember a whole lot of drama’s i’ve watched back then. i’m more of a casual drama viewer though. while production & what not obviously does have it’s influence on my rating, i watch what i enjoy rather than what i think is good (does that make sense?)

i have a hard time actually finishing drama’s that i don’t like completely, though sometimes i’ll force myself to for the sake of it anyway. that’s why you’ll find mostly high ratings in my completed list.

my favourite drama’s are probably suspense, and only rarely do i really love a pure romantic drama. slice of life are good sometimes too.

i listen to kpop, but i’m mostly a big khh/krnb fan, particularly offonoff, penomeco & club eskimo and fanxy child respectively. besides those i’m a huge fan of a new rnb singer going by the name of DAWN, who’s currently only on soundcloud yet, but he’ll be bringing out a new album later this year so please anticipate his debut!