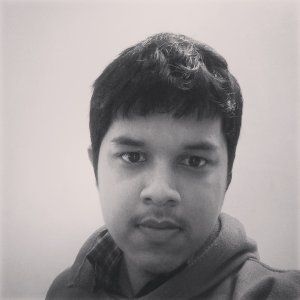 Completed
A Hard Day
1 people found this review helpful
by PrashastSingh
Mar 18, 2018
Completed
Overall 10
Story 10.0
Acting/Cast 9.0
Music 9.0
Rewatch Value 9.0
This is one of the most tightly scripted action thrillers from South Korea. No doubt why it won so much acclaim all over. The script is quite new and refreshing, and it makes for a perfect watch. In other words, the film is a perfect masterpiece because it easily manages to engage and absorb you in its atmosphere, and it's a film which is very easily likable.

A HARD DAY is perfectly scripted, rather so much that you won't get deviated from watching the film, and if some interruption happens between watching it, you might even get angry and start shouting. It's one of those films which don't let you move. Even if you move, you will not feel good to leave it. That's why I finished it in just one viewing.

Director Seong-hun Kim has done a marvellous job as he handles both the direction as well as writing departments in a very professional manner. He has done his best in telling the story with full force, and has provided plenty of entertaining elements to keep you engrossed.

Sun-Kyun Lee is an actor to watch out for. His performance creates a strong impact and after a point it doesn't seem he's acting at all. It's a natural act by him. Another round of applause to Cho Jin-woong: he's menacing at times and his performance is quite effective. Same for the rest of the cast.

The thrills are quite chilling and the action, superb. The cinematography is excellent in many shots, especially the action scenes. The background score is quite pulsating and increases the excitement from time to time.

That said, A HARD DAY is a mindblowing action thriller which has plenty of surprises to offer to viewers, especially those expecting just another action or thriller film. It's something you won't have seen before, and this film undoubtedly increases the respect for South Korean cinema in my eyes.
Was this review helpful to you?