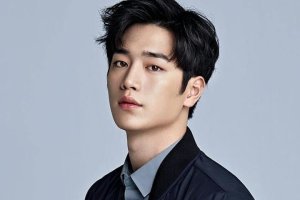 In the shining galaxy of Bangtan

In the shining galaxy of Bangtan

Hi! My name is Fifie. Yes, I'm a female (in my early 30s) haha. I just fell in love with Seo Kang Joon so much after watching him play the piano so effortlessly in Cheese In The Trap. He's such a bae.

My first K-drama was actually back in my primary school, that was Successful Story of a Bright Girl by Jang Na Ra and Jang Hyuk. Those days we used to watch Kdramas only on TV so when I had to miss an episode because we went out, I remember feeling so bitter because it's hard to follow through the story again toward conclusion. The other rom-com dramas in the early 2000s that I really love are Delightful Girl Choon Hyang and My Girl. The most memorable melodrama I have watched to-date is probably Stairway to Heaven (I cried buckets). Thank goodness for drama sites these days that will not make us miss a single episode!

When I entered university in 2009, for several years I actually stopped watching Kdramas completely until about in late 2016 I was introduced to Secret Garden, which I loved but thought the reunion of the couple from the FL's injury way too superficial and convenient a plot device, so I couldn't like it as much as my friend did. This was also the moment I realised I was trying to imitate the person I like (who recommended that show) without holding much to my own identity, tastes and preferences, and much later afterwards decided to create my own MDL account. Since I have left the dramaland for many years now, I have A LOT to catch up on my planned watch list. I have only started to watch Kdramas actively again since late 2018.

I basically watch everything from melo to rom-com to action/thriller to medical/law to fantasy, except horror. That being said, Hotel del Luna is one of the horror-themed shows I have watched that I scored a perfect 10 because it's not that scary, and Yeo Jin Goo's in it. Boy, do I love him.

My favourite, perfect 10 scored dramas are listed here. When I first came back to dramaland, I binge-watched a lot to catch up with the many shows over the years I have missed. After watching some crime series like Doctor Prisoner and WATCHER, I have moved away significantly from binge-watching to prefer watching new dramas as they air so I could savour them more, and slowly. Although I only started watching shows with a suspended mind over how the story will unfold (I like the feeling of being thrown under the bus LOL), I now have taken a greater interest in analysing, thinking and speculating about the ways that the writers will develop the story/main characters as I watch along. I think it's a really great brain exercise.

I am also a BTS ARMY, and have begun to stan (and discover them) after the release of Love Yourself: Tear around June 2018. When I am not down watching dramas, I am most likely somewhere else watching the variety shows of my favourite actors or replaying Bangtan's contents. LOL. My fellow BTS stan, I found a fitness instructor on Twitter who created extensive cardio workout videos with only BTS playlist. Her BTS 1000 Calorie Workout Cardio Party Mashup video can be found on this YouTube channel. Other BTS live performance compilations are this one, this and this.

I love reading people's reviews of dramas to filter my own next-to-watch list, but I have also found at least one that I don't particularly agree with the rating, that is The Third Charm (2018). I really loved this drama most particularly for Seo Kang Joon, but I really believe the storyline wasn't as bad as many people criticised it to be. So although I am a complete newbie in writing down reviews for dramas, I will try to give it a go so as to give more people a balanced opinion of what shows are worth giving chances to (not that good shows need a lot of convincing, but I feel some are truly misrepresented by the rating average and deserve better).

My rating window for any movies/dramas to-date hasn't been any less than 5.0 stars. That is because if I were to drop a drama, I don't feel deserving to rate it as a total since I haven't seen it in full, and if I continue watching and complete it that means the score of the drama itself is already anything higher than 5.0 (with very subpar screenwriting, something the likes of Melting Me Softly, the complete disaster it was being the rare exception which I completed regardless because of Ji Chang Wook). I also believe that it's wrong and inappropriate for other people to rate a drama that they have dropped (because it's ethically biased); rather what they should do instead is rate every individual episode that they have watched only, write down the reason they finally drop the drama at the last watched individual episode's reaction page and leave it at that.

I am neither a notoriously hard rater, nor an easy pleaser. But I tend to factor my rating mainly based on the development of the story which could either be devised primarily around the lead characters or fictional sequential series of events. That being said, I have much higher chances of reviewing shows that are great (because I research properly on the dramas to watch before I dive in) and not finishing shows that are cheesy or just average (therefore I don't review them because I only review shows that I have completed in entirety). I am just explaining how my list of review may appear skewed and be indicative that I am a generous rater (I AM NOT).

Like everyone else on MDL, there are literally so many dramas that I want to cross out from my plan-to-watch list, and I think the easiest strategy to do this is by skipping straight to the scenes of my favourite actors in them, instead of actually watching the whole lot (especially if the genre is secondary to my liking). This is the same strategy that ardent readers apply when reading books, so I thought I'd apply the same technique in dramaland as well.

I am a sucker for good Korean OST and am always looking for them, especially in dramas I haven't watched yet. Sometimes I get pleasantly surprised that almost the entire playlist of an under-rated Kdrama is so great, that I truly felt like I have found a hidden gem. It's really amazing. Other than that, I love Seo In Guk the singer, and love his entire Japanese album. A remarkable achievement really, since I hardly listen to any Japanese songs if at all.

I watch mostly Kdramas because I'm very familiar with their industry, but I regard myself more as a conscious consumer of entertainment. In the age of artificial intelligence and advanced robotics, I found the entertainment industry in general continuously fall behind from delivering entertainment that also have a strong social message, such as caring for the earth or the environment, or an accurate depiction of mental health. Therefore, apart from rom-com and thrillers, I am strongly drawn to slice of life with very well-written characters. I particularly don't like reading fiction (I only like to read non-fiction) so almost all of my consumption of fictional art works come from the visual entertainment medium.

Elsewhere, I can be found here. I'm personally active on Feeds because I like to throw questions around out of sheer curiosity. I really thank other users who always generously respond to them. Feel free to add me! :) xx