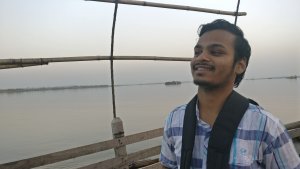 Completed
You Are My Sunshine
0 people found this review helpful
by Shivam Mandloi
Mar 24, 2019
Completed
Overall 9.5
Story 10.0
Acting/Cast 10.0
Music 9.0
Rewatch Value 9.0
Honestly, i don't know how to express myself but it just made me feel awkward, it was a sick movie but IN A POSITIVE WAY.
Definitely, it's not an easy watch for everyone but still i loved the movie (it made me cry TT). These kind of movies are very rare to find........

I want to put my opinion that i think the movie does not completely intend to educate us about HIV as we can see from some instances that even the doctors themselves were not completely educated about the HIV (don't worry not a spoiler) and i think that's because the context of the movie was based on the late 20th century when the research was still going on and was considered taboo. (Sorry!! these facts hold no credibility, i randomly made them up just to explain what i mean to say).
Instead, i would say it mostly focused on miserable life of prostitutes and AIDS was obviously a most probable consequence of prostitution.

IMO it was a really good movie which shed light on some serious issues while at the same time delivering us some serious romance plot. (maybe sick love for others, but not for me TT)
Was this review helpful to you?