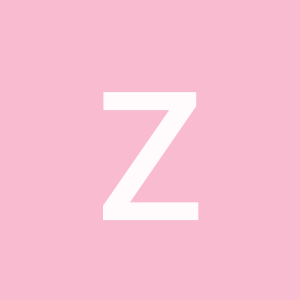 Completed
Introduction of the Princess
7 people found this review helpful
by ZWS
Other reviews by this user
Dec 18, 2014
44 of 44 episodes seen
Completed 0
Overall 9.0
Story 10
Acting/Cast 10
Music 9.0
Rewatch Value 7.0
I am Ruby Lin's Fans so dont blame me if i say Ruby many good words..

many people wrote the reviews already i am just adding some facts about this series :
1. this is Ruby Lin's first series as a producer. She is an investor as well and asking many other party to join the production including HunanTV which already bought this series before it filming (also as one of the inverstors)

2. Ruby is the one who keep asking Wallace Huo to acts in this series, she said she need asking 3 times to him till he accept it (according to Wallace in his interview he said that he only had 1 month to finish this series since he using his holiday time to accept ruby invitation). Ruby is keep say Wallace Huo is the one who fit in this character (although many other actors already in her waitlist to replace Wallace, but she keep asking to Wallace Huo until he accept it).

3. Liu Kuan is the first actor confirmed as man lead months before filming starts, he knows ruby from the other series which cooperate together.

4. HunanTv is the one who need to be blame of the ending parts. It keep changing the time schedule to this series. N suddenly HunanTV announce that this series airing right after Bu Bu Jing Xin (due to high rating of BBJX Hunantv take the chance to make this series had a good rating too). but the editing team dont have time to edit right away, with the 3 eps each day mon-fri, no time to do a good cutting for the last episodes.. thats why if u watch seriously, u will feel the different plot from the beginning and the ending, at beginning it quite slow introducing one and one characters, at the end kinda rushing to finish). PLUS, HunanTV also change the total episode (it just rumour that HunanTV is the one cutting those ending episodes from 48 to 42 ep so the original one is 48 episodes >.<)

5. this series makes Ruby Lin as Best Producer in TV Drama Award in China in that year.

6. Ruby was hurt by Wallace Huo's furry cloths, her eyes were allergic to furry so during filming she was go to doctor for few days to check her eyes.

7. this series is made from a high recommend online novel. about one woman who loved by 3 Kings but she can't be the Queen forever.

I know this series isnt perfect but i do know my idol, she doing her best to this series. i dont satisfied too much to this series, but i can understand why.
Many of actors(actress) who come this series because of her. Like Wang LIn (who played as Ruby Mom in other series) said she thanks to Ruby who give her a chance to play her character so she can change her image and do have change to act with Kara Hui (both are well known actress)

Completed
Forgotten
3 people found this review helpful
by ZWS
Other reviews by this user
Dec 18, 2014
Completed 1
Overall 10
Story 10
Acting/Cast 10
Music 10
Rewatch Value 10
I am Ruby Lin's fans so dont blame me if i say her goods ^^

Forgotten is a mini-drama, only airing 2 times (1 movie parts into 2) in 2 weeks in one of Taiwan's tv cable station so its not your fault that u dont know about this movie at all.

Producer by Ruby Lin herself, this is (as her fans) one of her great works. it is the first time she acted with Christopher Lee but yet had such a great chemistry.

the story time line is so perfect it takes us moving forward and back again to before. but yet still a nice explanation to us bout Wei An's two kind characters n make it clear where is the difference.

this mini drama which only aired in 1 tv cable and 1 web brought it to Golden Bell Award Nominee in 3 categories : Best Actor, Best Director, Best Lighting although didnt win one of them ^^

because of the limited promotion only Ruby Lin's fans who keep promoting it via many forums and also coz the limited popularity, non of popular web online making its eng-sub. thats why Ruby Lin's fans make a simple engsub to the foreign fans n upload it in youtube (you can easily find it).

Ruby acts so perfectly even dont make a room to say her weakness in this drama (only in this drama she acts perfect not every her work she done so beautifully but yet this one different).
while Christopher Lee make a great chemistry to his role and balance it with Ruby's role. the duo is just perfectly acted.

the music is from old songs title Hold Hands sing by Su Rui who also known well singer played beautifully in the perfect time and will surely make ur tears coming up.. ENJOY

Completed
The Way We Were
4 people found this review helpful
by ZWS
Other reviews by this user
Dec 18, 2014
16 of 16 episodes seen
Completed 1
Overall 10
Story 10
Acting/Cast 10
Music 9.5
Rewatch Value 10
I made account to write this Series review..
I am Ruby Lin's fans since Princess Pearl.. and I know every detail (which fans should know it) of this series..

I wont make a review about the story tells about since many review wrote it but i want to add &amp;quot;behind the scene&amp;quot; of this series.

this series made from 31 March 2014 and ended on 1 July 2014.. Ruby is the producer of this series. She made t this series since she want to make Taiwan Series booming again using her own experience in Mainland China years. and hoping this series will win Taiwan Golden Bell Award next year.

this story began when Ruby met the writer, when writer said good bye to Ruby to go home, he remember and said to Ruby that he wants to make a story about &amp;quot;good bye&amp;quot; because he said &amp;quot;we dont ever know if this good bye will be a forever good bye, so every good bye is important&amp;quot;.

the production is took secretly we only know that this series will be about 16 years relationship n parts in 3 (year 1998-1999, 2008, 2013-14). at first announcement she was invited Tony Yang to make an early promotion (we did thinking that he is the man lead, but after the official announcement we just know that she changed the man lead to Leroy Yang). the real title is 16 Summer as for 16 years they known each other but in english they changed into The Way We Were.

as for Tiffany Ann Hsu, Ruby always said when she choosing actors(actress) she want to choose actors(actress) who want to change their images. Ann said in media that she was always asking to play a girly, rich, smart woman, so when Ruby asking her to act in The Way We Were with this different image, she said to her manager to postpone her entire schedule n take the inviting right away.
then Ruby did said that she choose Ann because it fit her imagination about Rui Rui. (PS : she did also said a little bit regret to choose Ann because she is too pretty hahahahaha.. but since this series they become a good friend)

so, we also watch n know how good is this series. Some fact that you should know if you want to watch it.. THIS SERIES MADE IN 2 VERSIONS!!! (one chinese version, and another is taiwan version)

the different mostly in episode 11. Viki, iQiyi, etc link I know, all in Chinese version, barely can watch taiwan's version now. it was uploaded in Youtube when it airing but last time i check the link was banned by Youtube now. I want to say this editing n filming is so great 1 big different but can filming at same scene and time *two thumbs up to the director.

and i cant say where is the difference parts since it will ruin the great surprise... hahahaha.. you gotta find that episode by yourself.. then you will moved and touched more n more..

about the music, as i know the singer Eric Zhou and the song is booming now, and he well known in Mainland China too.. (Ruby had a lot of very loyal fans in China so no wonder if in iQiyi made a record for millions time re-watch.. and as for last episode I found the link was breaking since so many people watch it in same time ^^)

the other song who also booming is called &amp;quot;I Don't Know What Is Love&amp;quot; ???????? Wo Bu Zhi Dao Ai Shi Shen Me singer : Eve Ai ???. this song played in many sad scenes and the words are so touched many fans don't even notice it because they were too focus into the scene. then when they realize it they will love the song.

also to promote this series all actors asking their friend to say some words bout goodbye and we can find them in the first minute every episode. some of them are Zhang Ziyi, Vivian Hsu, Tony Yang, Cecilia Cheung, Shu Qi (you can find the entire list in wikipedia)

This series break the record for ratings since it broke rating 2 (usually in that time slot and once episode in a week the rating less than 1 in same tv station).

the other facts :
1. many Taiwan's actor are like the series and post in weibo tell how they feel bout this series like Shu QI who friends to Ruby, and Fanfan with her husband Chen Jian Zhou who also said that they watching this series with tears and thankful that they still together

2. When Ruby was in Starbucks's cafe she had her coffee with extra note from coffee maker about how good is this series, she moved and post it in her weibo

3. Vivian Hsu who also one of Ruby's best friend did came to filming place and make a huge happiness among the production team and actors too hahaha..

4. the all 5 people still keep meeting each other now the relationship become more tight in real life (since they were a good friend for 16 years in series). last filming scene only took Leroy and Ruby but all the 5 members are coming to celebrate the ending of filming itself which moved Ruby and Leroy.

5. Ann said when she acted one of crying scene she was barely stop the tears. they not even start filming yet, so the director keep asking her to calm down because there will be more crying scenes after. Ann said she was like that because she was reminded by those happy time together (since they were 16 years friends in story) those feeling come right away n tears are coming down by itself, she cried till shacking and all production team also effected with no smile and sad mood.

6. the early story many jokes about Ruby applied hahaha like watching Princess Pearl etc (in 1998-1999 princess pearl push the peak of the popularity including Ruby Lin as Zi Wei one of main roles)

7. Ruby cried many times (5-6 times) only to say the last 2 sentence of the last scene &quot;Remember than it will be forever, an ending is just the other beginning&quot; haha.. till months after filming her tears still coming down whenever said those 2 sentences.

last for my review, if u watch it and not crying at all.. maybe you should asking yourself if there is something wrong with you. haha just kidding but i watch it many times and cry as many as i watch it is not sad tears more about touched and moved by the story.. many scenes took an awkward situations which make u wanna cry and smile at the same time those feeling only can be know if u truly watch the entire story. ENJOY..