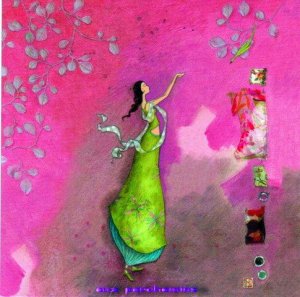 Completed
Ikemen Desu Ne
87 people found this review helpful
by amrita828
1
Sep 29, 2011
11 of 11 episodes seen
Completed 1
Overall 8.0
Story 8.0
Acting/Cast 9.0
Music 8.0
Rewatch Value 8.0
This is a lovely drama.
I would very much like to review it in its own right, i.e. without comparing it to the original Korean version, but I found out it's impossible for more than one reason. First, because the majority of those who loved You're Beautiful were biased towards this remake from the look of the actors alone and didn't even give it a chance; second, because ironically my having watched the original made me appreciate this version a lot more. Therefore, I'll set my usual policy aside and write a comparative review.

I liked Ikemen Desu Ne more than You're Beautiful in many respects.
Despite having kept the plot almost untouched, the Japanese made some subtle changes to this drama which results in a completely different feel to it. This version has a younger look; although the Korean actors were in the same age range as the Japanese when You're Beautiful aired, the first looked somehow older. The aftereffect is that while Ikemen feels like kids playing kids, You're Beautiful is about adults being childish.

Because the Japanese remake lasts half the time as the Korean, they had to condense the original story and cut a good number of scenes. As it seems, they decided on cutting mostly on comedic scenes and secondary characters. I have missed some truly hilarious parts of the original, but at the same time I'm happy they skipped some and didn't linger on aunts, fans, managers and the like.

But what really made it for me is the female lead character. Mio is a sweet, generous girl out of her element, dealing with her firsts: first experience on stage, first friendship, first love. While in the beginning she unwittingly makes mistakes, she shows strength of will and some pride, which makes it easy to connect with her. Go Mi Nam was a Ã¼ber-humble klutz in the beginning and remained such till the very end, a trait which I personally found irritating to say the least. The fact that the biggest part of the comedy in YaB derived from Go Mi Nam's nth mishap made me very happy the Japanese decided to show a girl a little less frustrating and hen-pecked.
This leads me to the male lead. The difference is quite notable too. Ren starts as haughty and impatient, but shows his true colours very soon. He's a softie. The tormented relationship with his mother is stressed upon in this version, so that his yearning for affection and eventually falling for Mio comes out as very natural. Tae Kyung, on the other hand, is an arrogant young man who learns to think about others too. But we have to wait until the very last to see his transformation and even then he can't do without a couple of bravados or two.
This is why I loved Mio & Ren as a couple, while I barely tolerated Mi Nam and Tae Kyung.

The other "angels" grew on me. They may not be as good-looking as the Korean, but I believe they played their roles well and I refuse to start a debate on the most undebatable issue on earth: taste. As a group, the Japanese A.N.Jell look more like friends than their Korean counterparts. The relationship between Ren and Shu (Tae Kyung and Shin Woo in YaB) is better explored in IDN and I truly liked to watch them fight for the love of Mio.

I have a hard time rating the music. Some songs are the same as in the original, but in Japanese. I didn't care much for them and I think the Korean sang and executed them much better. On the other hand, I truly loved the instrumental music played in between songs. The piano piece is lovely, and used in just the right scenes.

This review has been long enough. I felt the need to write it because I think it's unfair to judge it without watching it to the end and I always get fired up when I read commentaries like "they are ugly" or "they can't compare". If you think you're an unbiased watcher and you like young dramas, give Ikemen Desu Ne a try. You may end up liking it more than expected.
Was this review helpful to you?