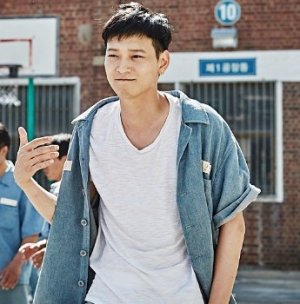 Completed
Dung Sawan Sarb
4 people found this review helpful
by lidyadya
Nov 21, 2017
14 of 14 episodes seen
Completed
Overall 7.5
Story 7.5
Acting/Cast 8.0
Music 8.0
Rewatch Value 6.0
As expected from a drama that got memory loss as it main plot, many twist happens a lot. The drama explore the result of Dawan behavior towards her so called "family" and what those people actually do behind her back. We are shown that the one who always sweet at all times is actually have bad plan for her and the one who hate her in front of her face is actually secretly taking care of her. I like the story, it's not the best and it got flaws but I enjoy it 'till the end.
The cast acting is good, the main lead got pretty good chemistry though Dawan and Khan basically playing pull and push until Dawan decided to leave to set her problems with her family by herself since she doesn't want involve him in her problems. But they still look cute together. Khan's eyes show that he can't get enough of his "darling" and always want her in his sight.
But I wish they give an ending that show other people in her life who hates her to understand her and know her story why she had a bad behavior towards other people except her Nanny, not just to the viewers. I want people know that Dawan used to be a sweet girl not just after she lost her memories. An innocent girl who also wants family and home to rest just like those people who try to take it from her. And her relationship with Khan, I wish they show that she actually had always love him. I believe that deep down the old Dawan always remember her P' Khan. And those hate she throw at him actually just a tantrum to make him pay attention only to her.
Rewatch value? I'll comeback for Da and P' Khan's childhood and their sweet honeymoon :)
Was this review helpful to you?