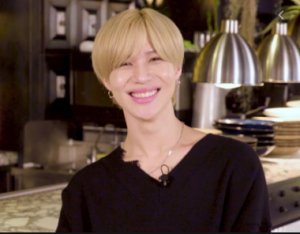 It's time to exorcise Sadako and allow her to be free

You would think with eight films in the Japanese series already, including crossing over with The Grudge ghost Kayako, that The Ring series may be reaching a level of overexposure. With the original director of the first two films returning for Sadako, one might think that there is some hope for the latest addition to the series.

This was... a very average film. There wasn't anything special about it that made it stand out; it didn't add anything new to the series. It's just Sadako haunting another bunch of people with a new plot line. That being said; average for the ninth film in a franchise isn't so bad. At this point, looking at other franchise, it should be pulling a low average of one to three. A four out of ten is relatively decent for this point in the franchise's life span.

Sadako has very good tense moment that had me glancing away from my screen uneasily, feeling anxious and getting my heart racing. The suspense is still something that remains strong throughout the franchise and I feel that is partly due to Nakata Hideo returning to direct this. With a mix of an urban legend mixed with a curse-ghost haunting plot line, this is really the only thing that stands up against it. Hideo continues to prove he's a master of suspense and, honestly, it's the only reason I'd think about watching this again - for the few moments that Hideo provides us that makes the heart race.
With a ending worthy of the cringe-worthy award, especially with the final two moments, Sadako doesn't really hold up to the legacy that the Ring franchise has held for so long. I kind of wish they'd let Sadako haunt her well in peace and let her be at this point.

With a slightly underwhelming ninth film, it's definitely time to exorcise Sadako, let her move on from her cursed state, and throw the towel in with this one. Sadako barely holds up - a tenth would be physically incapable of holding up anything else.
Was this review helpful to you?