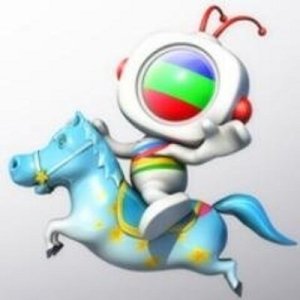 Completed
Witness Insecurity
5 people found this review helpful
by miriamfanz
Other reviews by this user
Oct 10, 2014
20 of 20 episodes seen
Completed 0
Overall 7.5
Story 7.5
Acting/Cast 7.5
Music 7.5
Rewatch Value 5.0
Plot:
Bosco is a Witness Protection Unit (WPU) officer assigned to protect Linda, the daughter of a rich businessman (Paul Chun). Linda has depression but she slowly opens up as she falls in love with Bosco. Paul Chun conducts business in questionable ways and has something to hide about his past. He will stop at nothing to protect this secret…

Review:
Hurrah, a new police show! Wrong. It is a family drama disguised as a police drama. I should have gotten the hint because the producer is Lau Ka Ho, aka Mr. Family Drama specialist. Now someone correct me if I’m wrong: Promotional clips showed two witnesses being killed shortly before a trial – one run over by a car and one thrown off a building. I never saw these scenes, or anything resembling it, in the entire series. False advertising? Yeah. Like I said, this is hardly a police drama. If you signed up for one, just watch the first and last five episodes and skip everything in between.

Well, at least those wishing to see romantic sparks between Bosco and Linda can rejoice? Err… First of all, they were never officially together. Second, I’m not sure if they were even that in love with each other. Linda has been isolated all her life until Bosco appears and he bears resemblance to her dead elder brother. She’s just channeling her emotions for her brother towards Bosco. As for Bosco, he didn’t have feelings for her at the beginning. I’m not sure how he realizes he loves her all of a sudden. If these two were truly in love with each other, Bosco’s struggle between love and righteousness (of bringing her father to justice) would have been much more intriguing. But here, there was never wasn’t difficulty in choosing.

So failed police show and failed romance story. What’s good? Ram Chiang was definitely a highlight. He was hilarious every time he appeared. The investigation into Paul Chun’s past was also very interesting. They should have made that part longer. Maybe more people involved, more action of him trying to kill Bosco, or even how he tries to fight off the charges instead of meekly giving in to his conscience (because the shady businessman is not supposed to be like that). Just please don’t give me more Linda crying/agonzing scenes.

Linda has been in 5 recent series, so some people complained about being tired of seeing her. Yes, especially when she is crying all the time. Seriously, she needs a different role, like evil or something, and not always playing the weak girl. Bosco makes me laugh whenever he stands politely holding his hands in front of him. It makes him look like a servant instead of a respectable police officer.

The ending… watch it yourself, I don’t want to spoil it. Don’t understand how they would let him walk away like that. And there was no reason for them to do that either.

Completed
Master of Play
3 people found this review helpful
by miriamfanz
Other reviews by this user
Sep 13, 2014
30 of 30 episodes seen
Completed 0
Overall 5.5
Story 5.0
Acting/Cast 7.0
Music 6.5
Rewatch Value 1.0
Plot Summary: Adam is obsessed with finding his kidnapped daughter. Maggie’s hand was chopped off by a psycho killer. Moses is controlled by four weird people who don’t even exist. Aimee runs around crying and yelling and being annoying. People die.

This series is supposed to talk about humanity and consequences of falling into bad habits. If the thesis is that humans are psycho, then I’d say it was portrayed pretty well. Moses imagines psycho people, Adam becomes psycho, Maggie is a psycho killer, Aimee can see the tree change colours. I’m surprised I didn’t go crazy myself after watching this.

Not everything you see is real. A lot of things are constructed in the minds of Moses and Adam. I like the technique they used. It cuts from one thing to another, mixing two unrelated scenes together to evoke your imagination. It also keeps you constantly guessing. But at the same time, you might feel really lost about what’s happening. The audience is led to believe many things and then there’s a big twist. For the majority of the series, the set-up is that Aimee is Adam’s long-lost daughter. When she admits to this, you’re like “Yes! I’m right!” and then she goes “Haha, just kidding! I’m not his daughter.” Then as he’s dying, Moses declares “You’ll never know what happens to your daughter.” Huh? Same situation when Maggie turned out to be the Wednesday killer. The audience is left in a daze. I find this both brilliant and frustrating.

The story leaves a lot of room for guessing. Some things are supposed to be implied and some things you have to think really hard to understand. The lingering questions: Does Adam die in the end? Is Aimee his daughter or not? Did Kenny & Co. ever exist in real life? Is Maggie the real Wednesday killer as she claims? Why did she hook up with Adam if she still loves Moses? And what’s up with Aimee’s ability to see the tree change colours?

The setting, like I said, is really Jonathan Chik – as in dark. It’s as if none of his productions ever have a lighting crew. The characters speak in circles; they never just say things directly. Very similar to his previous dramas where the long dialogue brings out some kind of deep meaning if you can actually stay awake to hear the whole thing. No wonder the housewives in Hong Kong didn’t like it. The costumes and make-up are plain weird for the people at the Jekyll bar, especially Kenny and Rachel. But I guess this is fitting because they’re weird people to begin with. The sand paintings at the end of each episode is very unique.

For me, it’s always plot over acting. Plus the veteran cast had no problems with acting anyways. Special compliments go to Adam, since he had to portray so many different personalities when his character immersed himself into the mentality of other people. Adam expertly handled everything thrown at him. The only glaring exception was Aimee. She sounded like she had a stuffed nose when she talked. Not helping things is her pronunciation and sometimes she slurred the words together, so it makes it hard to hear what she’s saying.

Last thing I want to say is that this series received a lot of complaints for being bloody and terrifying. I find them unwarranted. There weren’t many bloody scenes after the opening ten minutes. And this series was hardly terrifying. It was being branded as such, but it turned out to be mostly talking. Probably should have been less than 30 episodes so things can move along faster.

Completed
No Good Either Way
2 people found this review helpful
by miriamfanz
Other reviews by this user
Oct 10, 2014
21 of 21 episodes seen
Completed 0
Overall 7.0
Story 7.0
Acting/Cast 7.0
Music 7.0
Rewatch Value 2.0
Plot Summary:
Inside the competitive corporate world, Ruco stays away from office politics and works at his own leisure. Tough-lucked Louis can’t seem to get anything going for him, not even sucking up to his bosses. Both are loathed by the manipulative Florence, who wants to consolidate her power in the company. Chaos ensues and the company is miraculously saved because everyone loved the kind-hearted boss (Stephan).


Review:
This is a comedic series that speaks about the hardships of ordinary workers in HK. It is somewhat comparable to L’Escargot, which explores similar themes, albeit in a more irritating/less interesting way. NGEW is only 20 episodes at a fairly good pace. It’s light-hearted and funny rather than yelling/crying. And we don’t have stupid characters do stupid things (ahem, Linda Chung). It’s also not exaggerated humor with rhyming lines, like Can’t Buy Me Love. Often, the audience gets a kick from the characters’ frustration or mishaps. Constructing one’s happiness on another’s misery, as the saying goes. Like when Stephen Au had to deal with his demanding father-in-law, who is constantly trying to show off his richness by insisting that everyone calls him “Boss”.

The supporting characters were what made this series so fun. Already mentioned is Stephen Au’s father-in-law. He speaks in another dialect and calls everyone “Idiot”. There’s also the assumed-to-be-gay fat tenant, who hung all his underwear in the washroom. The old woman being his wife - now that’s rofl material! Even Kakei Leung, annoying in every other series, was funny as the dorky nurse. I was laughing so hard at that scene when she tells how she busted Florence.

But of course, TVB being TVB, can’t possibly make a perfect series, can they? The flaw lies in the hasty character development. For example, Jason Chan was being portrayed as the good man – sweet, handsome, the like. Then we find out that he’s not as perfect as he seems. He’s rather childish and irresponsible. But then suddenly he’s this lowlife that plots to screw over Ruco. For what? Because Ruco “stole” credit for his product design idea? Man up, dude! Same lack of development for how Ruco changed from an easy-going guy to a harsh boss who tried to make life miserable for his subordinates.

The ending was a bit leaning towards unbelievable. It would be extremely difficult to mobilize an entire company of 500 workers to all agree to defer their salary in such a short amount of time. But given what this drama is, there needed to be a happy ending. At least there wasn’t a company-wide BBQ or dance. The final scene left Natalie and Jason’s relationship ambiguous. I hope they’re not thinking of a sequel with Jason and Natalie as the lead actors.

In terms of acting, generally commendable. There was one shot where Ruco’s face looked really smug and despicable when he was being the harsh boss. Louis’ expressions were exaggerated sometimes, but since this is a comedy, it’s acceptable. (Sidenote: I read somewhere that Louis was actually making up funny lines on the spot while filming this.) One thing that did sort of annoy me was the way Natalie Tong’s eyes bugged out when arguing with her brother or boyfriend. And Jason Chan looked sulky the whole time. Matt Yeung performed better than him as the righteous guy.