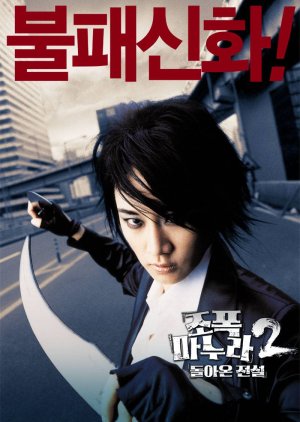 On a rooftop in the middle of a thick urban forest of skyscrapers, the Mantis gang, living legends of the underworld, is engaged in a bloody battle with rival gang members. When things are looking very bad for the Mantis gang, a deafening roar announces the arrival of a helicopter overhead. It's Cha Eun Jin, the woman who conquered the male-dominated realm with only a pair of her lethal scissors. However, Eun Jin is attacked by an opponent and falls off the rooftop. She survives but sustains serious head injuries and remembers nothing of her past. She is discovered by Jae Chul, a Chinese restaurant cook, and ends up delivering food on a scooter for "Fusion Chinese Restaurant Shu". Having forgotten that she was a born fighter, Eun Jin lives a peaceful life while various men like "Moneylender Koh" and "Girllove" vie for her affections. By chance, she thwarts a bank robbery and is honoured with a "Brave Citizen Award". Unfortunately, this reveals her whereabouts to the White Sharks, who have been eagerly waiting for their chance for revenge. They team up with some loan sharks who have been looking to develop the marketplace area to back Eun Jin into a corner. She has no alternative but to risk her life once again in a bloody war with her sworn enemies. Edit Translation 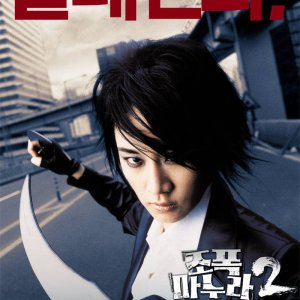 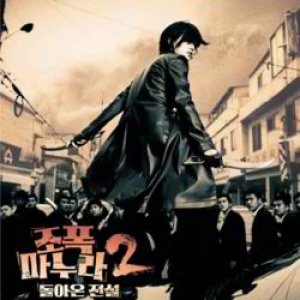 Completed
WonByungHoon
3 people found this review helpful
Other reviews by this user
0
Apr 26, 2013
Completed 0
Overall 9.0
Story 10
Acting/Cast 9.0
Music 9.0
Rewatch Value 9.0
wot the hell, the second time around this girl has a memory loss but she still has the same mannerisms of being quick to kick. theres some comedy in the middle when the crazy girl from her past comes back and tries to jog her memory by shaking her boobs and stuff and the events that happen thereafter are misunderstandings that lead to benefit hyungnim. comparing to the first one, this one has got a lil more females and more base story. must see both one and two.
Was this review helpful to you?

Completed
Senpai
0 people found this review helpful
Other reviews by this user
0
Jan 28, 2018
Completed 0
Overall 7.0
Story 6.5
Acting/Cast 7.0
Music 7.0
Rewatch Value 7.0
'My Wife is A Gangster 2' may have lost its advantage in the action department, but it's definitely a more competent effort. The film shows a much easier and lighter approach to some comedy that really hits the mark over the first feature. The charm of the film is of course mainly brought by the leading actress Shin Eun-yung again. You  can just see that she had a lot of fun playing the powerful, the hard,  the mean and somewhere deep inside her sensible gang leader once again. Since Eun-jin suffers from amnesia, she may smile a few times more than in the first installment of the series. In general, she can finally show more emotions without having to betray her original character. However, fortunately, she still has some offensive and cool lines that will make you cry with laughter. "My  Wife is a Gangster 2" is certainly a well-made sequel and may be a bit  better than the first part, even if it has its flaws. The movie never gets boring, the pace is always loud and there is lots of humor and action. 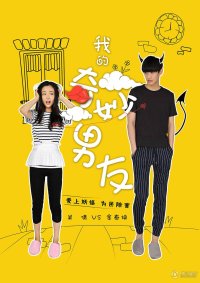