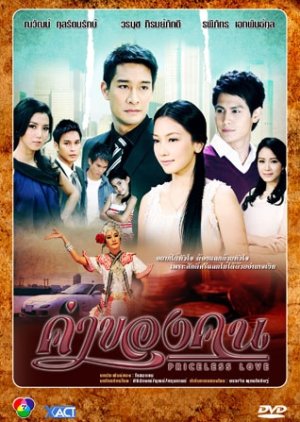 Luk (Pong) is the only son of His Highness Naruenat and Lady Sri. When his father brought another woman to live in the house, Luk was sent to study abroad. The other woman is Khun Kae, another one of his father’s wives, and he now has a little brother named Peemarn. Soon after his father’s death, her Highness sent his brother from another mother, Peemarn, to study abroad with him. Luk then became serious about his own education, and he also loved and cared for Peemarn very well. Then, his mother, Her Highness, became severely ill. Before she died, she entrusted everything to Khun Kae. Khun Kae loves and respects all the family members and runs the household very smoothly. After finishing his education, Luk takes over the family business. Although he is very successful in business, he is often criticized for his social behavior. The complaints went to Khun Kae who decided that she would try and find a good woman that is suitable and qualified to marry Luk. When Khun Kae was unsuccessful in finding a wife for Luk, she decides to turn her attention to Peemarn instead. However, Peemarn already had a woman he loved so he refused. Therefore, she asked Luk for help. Luk met Rojarate (Noon), who was the love of Peemarn, and told her he would pay her 10 million baht to break up with Peemarn. In order to ensure there would not be any problems, he also signed a marriage license with her and planned to divorce her once he is certain that Peemarn would marry Nutta, the woman his mother chose. Rojarate accepted the marriage agreement because she needed money to pay off her older brother’s debt. Luk believes he could buy anything with money, and thus, he thinks Rojarate is just like any other woman that does anything for money. However, after the marriage, Luk and Rojarate fall in love. Nonetheless, Family drama ensues w/ plenty of jealousy and misunderstandings to provide many challenges and impediments to their love. Edit Translation 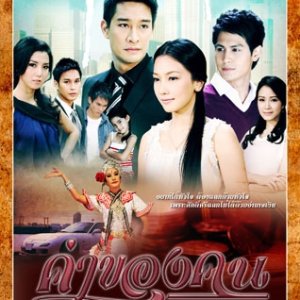 Completed
louli
0 people found this review helpful
Other reviews by this user
0
Oct 6, 2019
20 of 20 episodes seen
Completed 0
Overall 7.5
Story 6.0
Acting/Cast 7.5
Music 5.5
Rewatch Value 7.5
the first comment I leave after 2 years of intense drama watching. this series is good will attract your attention very quickly. the character of the male lead is unbearable, but we forgive him for almost everything, because although, he is very jealous and destroys them all but at the same time loves the female lead like crazy. this couple has a complicated relationship.I think the series is worth watching,what I'm used to saying when I like a series is that the actors managed to put me in their own lives,and here it is like that.not good acting from second female lead it's like a caricature

Completed
mahiba
0 people found this review helpful
Other reviews by this user
0
Dec 24, 2018
20 of 20 episodes seen
Completed 0
Overall 8.0
Story 7.0
Acting/Cast 8.0
Music 6.5
Rewatch Value 6.5
This is a good drama with some good looking and very convincing actors. The story is nothing extraordinary and the premice reminded me a lot of the old Harlequin books that my aunt owned and I used to sneak and read them, I was pleased with that. The heroine is great, she's not loud but she can fight her battles. The male lead is the typical arrogant rich guy but he's not the worst I've seen in Lakorns, far from it. The real annoyance that I had is with the second female lead but I think I just didn't like the actress, she was overacting and really odd looking.
Some people said the drama dragged towards the end, I for one didn't feel that. I liked that for once the problems didn't disappear just because the second FL was out of the picture.
The strongest point for this drama in my opinion is the characters, they are all rational people, even the antagonists. It's really believable in that aspect and you can understand the actions from everybody. Overall I think this is not the best drama in the world, but compared to the other slap/kiss I've watched to this day, this deserves a solid 8.