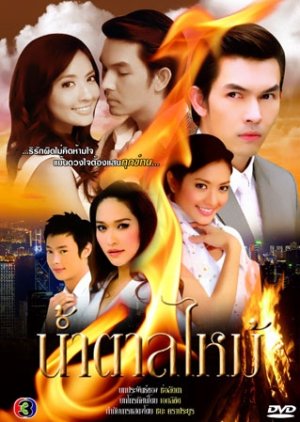 Pawan or Pe was the only son of a real estate businessman. After his mother died, his father fell in love and had an affair with a married woman. Later, his father was shot by his lover's husband. So, Pawan had prejudice against married woman. However, he had a crush on Thuma or Bo, an interior designer in his company. When he knew that she was a married woman, he tried to stay away from her, but he couldn't resist her charming nature. Thuma got married with Tao, her brother's friend because her family had some financial problem and Tao volunteered to help her. But after she moved to America with him, she realized that Tao was gay and she had to live in the same house with her husband and his boyfriend. Later, she couldn't bear that situation anymore, so she came back to Thailand and got a job in Pawan's company. Pawan couldn't resist his desire for her, so he started to ask Thuma out. Thuma was lonely and wanted to have someone, so she dated him. They kept dating, fell in love with each other and had an affair in China. In his mind, he still worried that history would repeat itself. He would get the same fate as his father, but he was in love with Thuma so much that he didn't care about anything. (credit to Wishboniko) Edit Translation 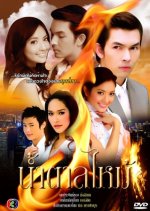 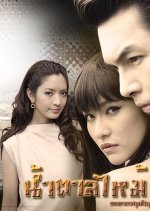 Completed
mahiba
1 people found this review helpful
Other reviews by this user
0
Jan 8, 2019
13 of 13 episodes seen
Completed 0
Overall 8.0
Story 8.0
Acting/Cast 10
Music 7.0
Rewatch Value 6.0
I'm new to the thai entertainment. Of the douzain of lakorns that I've watched, I think the majority were either slap kiss or comedy. So my judgement may be biased by my lack of knowledge. Still this drama has much more qualities than I would have expected, from the ratings. I'll try to make this review simple.
What is great about this drama:
-The acting is really good, especially from the main leads and the older actors. Some of the support cast were not as great but at least everybody was on tone. Nobody was overacting or stomping their feet. Not even the antagonist. No shrieks, no sharp breathing...
-The relatable characters: the characters were very realistic, with very clear and simple motivations, and a rather sound way to get what they wanted. The protagonists were flawed and the antagonists were reasonable in their evilness.
- An almost feminist portrayal of women. Women are not passive victims in this drama. They have agency and make their own decisions. I was flabergasted to see an independant single mom working to support herself. And though I may be mistaken, I don't recall anyone talking of women as single use commodity. How refreshing. Also, miracle, no violence towards women per say in this lakorn!!
-The treatment of queer people as human beings. Nobody is caricatural and I really applaud the actors for that. They acted like all the gay people I've met (i.e in a normal way). And the gay relationships are really compelling and interesting. I only liked one of the gay characters and it was because of their actions, and not the "attitude".

As for the negative, I'd say there was not enough passion in this lakorn. Although the chemistry was sizzling between the main leads, and I even felt embarrassed watching some of their scenes in the beginning (I felt like peeping at a real relationship!), there is just not enough cute scenes throughout the drama. I think that may explain why the ratings are so low over all. But I was not too disappointed by that fact, I like well executed, well acted stories.
Overall I'd recommend this drama for the days when you don't want just a funny, cutesy story but something a bit heavier and more mature.