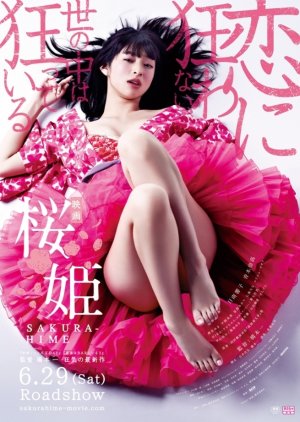 One evening, Princess Sakura is attacked by a man. At that time, the Princess could not see his face. and only sees a tattoo on his body. Because of that that night, Princess Sakura falls in love with the man. In order to find the man she gives up everything and gets the same identical tattoo. The princess then works as a prostitute. Meanwhile Gonsuke is the man who attacked Princess Sakura. He also stole a scroll and, because of that, he is chased by assassins Edit Translation 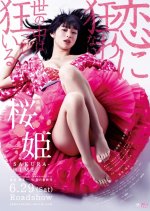 Completed
Senpai
3 people found this review helpful
Other reviews by this user
0
Jan 18, 2018
Completed 0
Overall 5.0
Story 5.0
Acting/Cast 7.0
Music 7.0
Rewatch Value 4.5
"Sakura Hime" is  more of a bizarre Japanese films, which by the way are the champions in  producing this kind of content, with a worthless story but that is  centered around the theft of an old document that is vital to the honor  of a family is quite underdeveloped, you can not deny that  it is interesting, the soundtrack is very eclectic but moves slowly from  the cinematographic point of view the film is in short flaw, a funny  movie that tries hard to evoke the golden era of sexy adventure movies in the 1970s.
Was this review helpful to you?