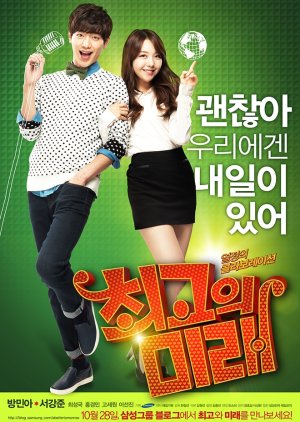 Choi Go is a young aspiring idol working a part-time job, who can be a bit of a coward. Mi Rae, recently hired by a company in the talent development field. The two struggle attempting to start different careers, meet by chance and start to share the same house, but because of their different schedules (one works during day, the other during night), they communicate leaving messages on a board. Edit Translation 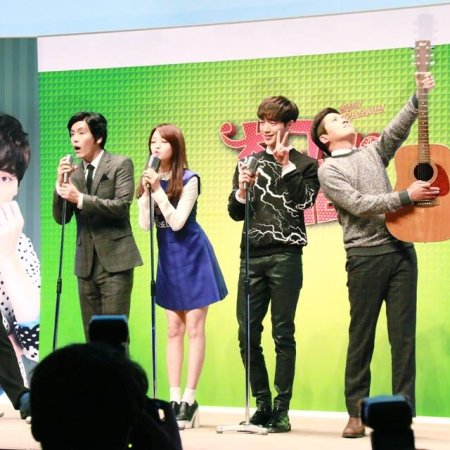 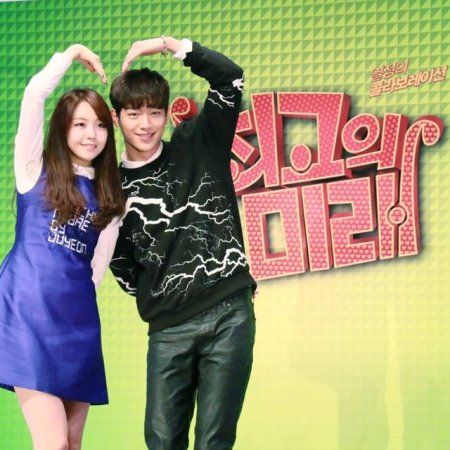 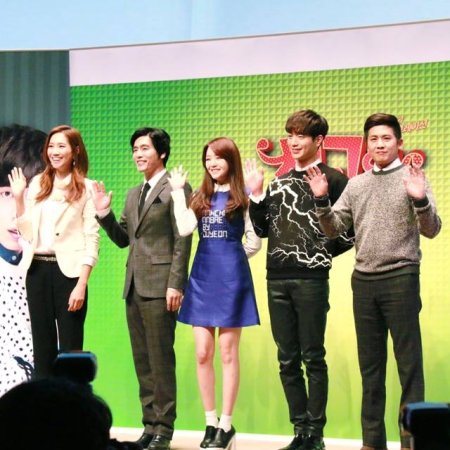 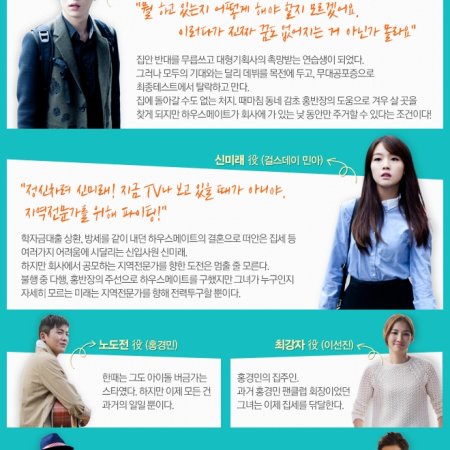 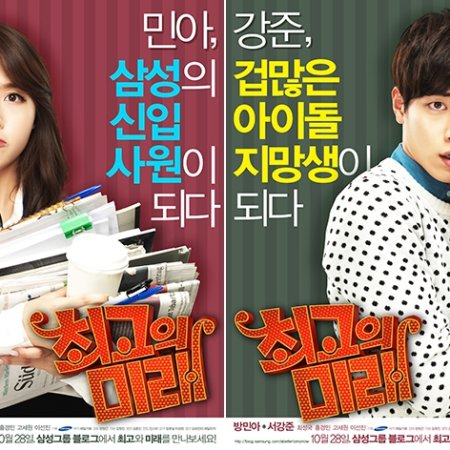 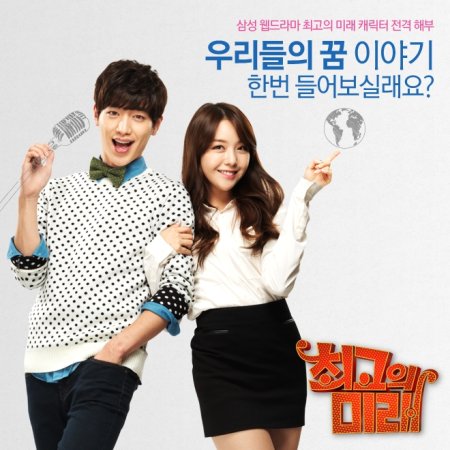 Completed
KdramaNess
7 people found this review helpful
Other reviews by this user
0
Jul 9, 2015
5 of 5 episodes seen
Completed 0
Overall 7.5
Story 6.5
Acting/Cast 9.5
Music 9.0
Rewatch Value 6.5
A cute, adorable drama! Was a fun watch! Watched it purely because Seo Kang Joon was in it but ended up liking Minah as well. The story is a bit mehh but it's supposed to be a comedy and suits what it is. It also is a musical too. Overall, it's a happy drama which lightly addresses some serious issues, it was fun and cheerful, so if you feel down, watch this! Seo kang joon is eye candyyy ahaha
*I have a low rewatch value because i dont tend to rewatch dramas
Was this review helpful to you?

Completed
Senpai
2 people found this review helpful
Other reviews by this user
0
May 11, 2017
5 of 5 episodes seen
Completed 0
Overall 8.5
Story 9.0
Acting/Cast 10
Music 9.5
Rewatch Value 8.0
That sort of musical thing from Disney, It takes a lot of young actors and actresses who know how to sing, it creates a story that does not have to be complex, after all it is enough of advertising content to later sell the CD's, and see.
At least the advantage that Asians are authentic, they do not follow that American teen pop thing, which produces serial half-mouths, with exceptions, because when the Disney group associates to a production outside the US sometimes comes out very good thing.
Going back to "The Best Future", I liked it, authenticity when combined with cast, soundtrack and story is sensational, glad that Koreans know how to do it, I just do not understand the prejudice of people when seeing these K-Pop groups or those Funny, just because they wear colorful and extravagant clothes are harassed as abnormal, now groups of Have Metal where guys wear mascara and makeup, full of tattoo is normal. I would say this is a reversal of values.