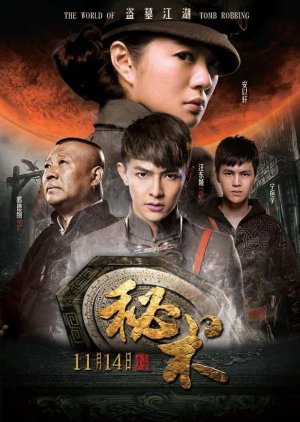 In search of ancient secrets deeply buried in old graves, a man and a woman are to confront and compete harder, to get hold of a manual entitled "Secrets of the Lost Tomb". Edit Translation 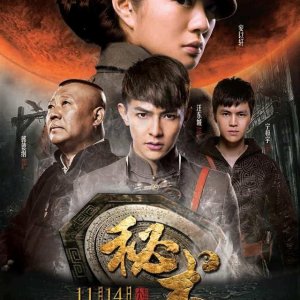 Completed
dramarian
1 people found this review helpful
Other reviews by this user
0
Jul 5, 2015
Completed 0
Overall 6.5
Story 4.0
Acting/Cast 9.5
Music 5.0
Rewatch Value 1.0
Ever since I heard about this movie, I have already been so excited about it given that it's a movie with my favorite stars in it who are Ady An and Jiro Wang. They are already great actors in their own right so I actually had no problems with the acting or the cast of this movie. However, this film failed to present what it was trying to show to their audience as suggested by the poster, plot, and stills that they used for the movie's promotion.

As I started watching it, I feel like it had so much potential to be a thrilling viewing experience because of all the mystery and tomb-raiding subject. In the end, it just ended up to be a low-cost film which actually had no intention of showing the process of raiding tombs. I'm assuming that they spent all their production money just to cast Ady and Jiro in this film but the production team seemed to have just wasted their actors' potential. All of the promotion posters even showed that they were raiding tombs with their cool-looking uniforms but you'd only get to see that for a maximum of 5 seconds. What a waste.

An overall score of 6.5 is still fairly high but I only left it as such because Ady and Jiro acted so well (as they always do actually). Some parts also actually scared me and left me intrigued but I really wished that the story went to the direction that the audience really wanted and expected to see given that they promoted it as a film full of mystery and secrets on the subject of tomb-raiding.

New Topic
Be the first to create a discussion for Mystery