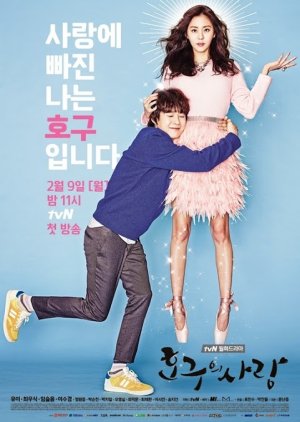 Ho Goo has never dated in his life. He runs into his first love Do Hee. She is a member of the national swimming team and has a burning desire to win. She also talks like one of the guys. After Ho Goo meets Do Hee again, he becomes involved in a complicated romantic relationship and a dangerous friendship. Edit Translation 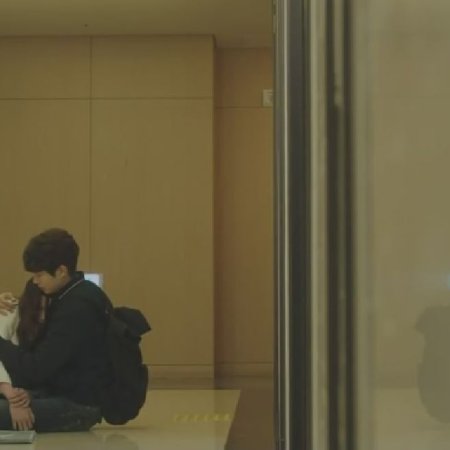 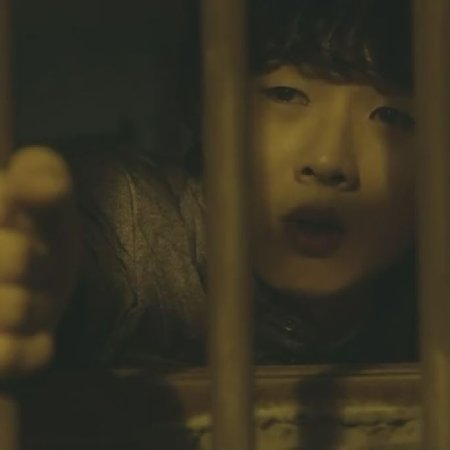 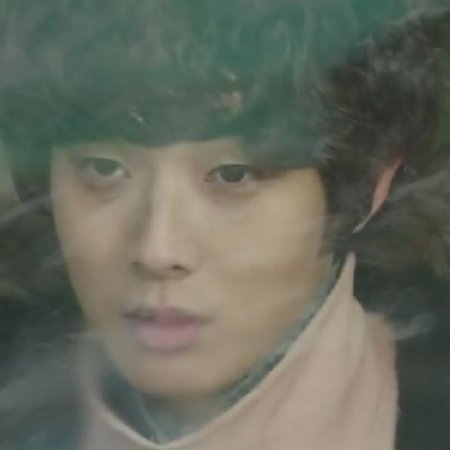 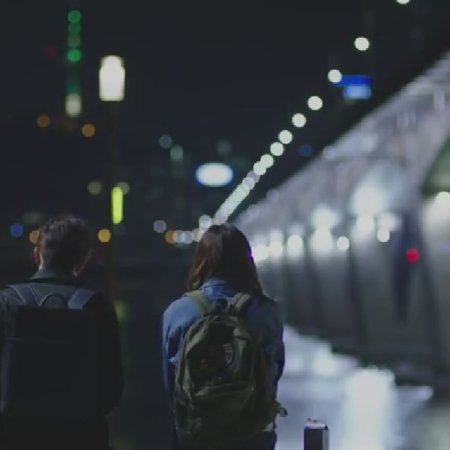 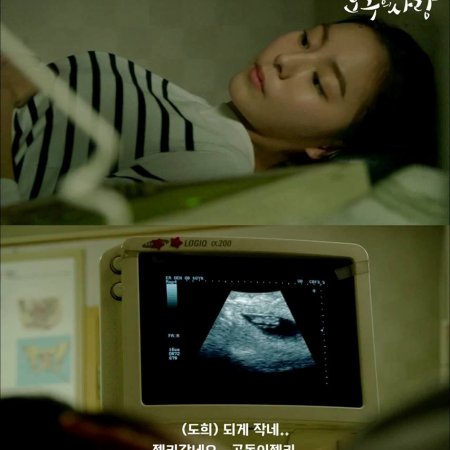 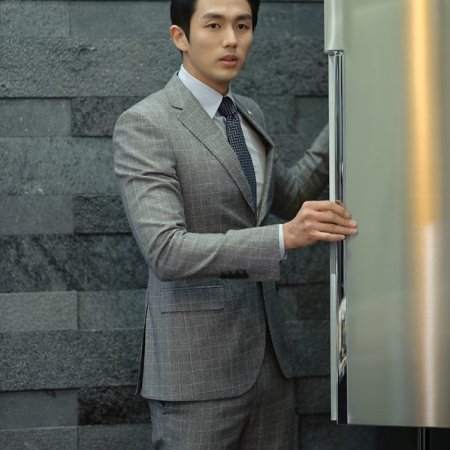 Completed
alienshore7
76 people found this review helpful
Other reviews by this user
4
Apr 1, 2015
16 of 16 episodes seen
Completed 4
Overall 8.5
Story 9.5
Acting/Cast 8.5
Music 8.0
Rewatch Value 9.0
This review may contain spoilers
OH THE FEELS!!! And OH THE ORIGINALITY!!! And OH THE AWESOME LEADING MAN AND SUPPORTING CAST OF CHARACTERS!!! Those are the reasons Ho Gu’s Love (HGL) is getting this review from me. After I finished watching HGL I immediately gave it a 10, then I let it soak in a while and let my objective mind take over and bumped it down to 9.5, but really it’s more like a 9.9 with the only flaw being that so much of the plot had to depend on just simple misunderstandings (like 16 hours of Three’s Company). I felt that after a while it might have been better served for at least one of the misunderstandings to have been cleared up a little sooner, and they became so silly as to almost be a parody of themselves within the drama, as though it was self-aware as to what absurd lengths the misunderstandings had gone (which actually made it better for me). That said the feels and the cast and the characters and the originality were just so on point that they overcame this flaw and then bounded past it like a bullet train past a horse and buggy. So without further ado, here is why Ho Gu’s Love is one of my favorite Kdramas of all time.

1. Originality: Yes, I consider originality an essential element of a great Kdrama. HGL had many elements we don’t normally see in Kdramas including decent treatment of normally risqué themes (all of which I’m not going to name because spoilers). It also frequently upended my expectations of how the plot would play out, with a particular bit at the end that I was surprised by when I really thought it would go another direction to give a more pat Kdrama moment (once again, you have to see it to know what I mean). Also, there are amazing parental characters that behave in such refreshingly awesome ways.

2. Characters: Oh the characters. I am so in love with HO GU I just cannot stand it. He really is one of the best leading men characters of all time. The writer (and the actor, to be discussed next) took a character that could have been just a fool and just a sicky sweet guy and made him so real and warm that it truly is a feat of genius. I think what is most amazing about Ho Gu and the way he is written and acted is that he makes everyone else in the world look like the fool that they think he is. It’s like he has got it right and we are all wrong. Even when he shows flaws like being a little too clingy or nosy, it’s okay because sometimes in real life our emotions do override our rational and that can happen in the moment. And then at the end he even grows. There’s never been a character like him before.

a. Do Hee: She rubbed me a bit wrong at first, but by the end I was totally in love with her. She really is pretty awesome!

b. Byun Kang Chul: Speaking of rubbing me wrong at first. There are people that dropped this drama because they hated him so much. To them I say WAIT! Nothing is as it seems! He is wonderful and his growth in the drama is the greatest; don’t judge after just a few eps. You are totally wrong!

d. Do Hee’s Baby: The cutest baby in the history of Kdramas.

e. The Support(ive) Cast: The greatest parents ever (Ho Gu’s)! Parents that show a lot of growth. Funny and kind friends who also have lives of their own and aren’t just props. It all results in just the sweetest extended family you’ve ever seen!

3. Acting: Awesome across the board! Even Uee who I previously didn’t think much of was wonderful in her way. And Im Seulong, who I found almost mesmerizing in Mandate of Heaven as the king, was even better here. He really is good and I expect great things from him in the future. He can do drama or comedy with equal aplomb. And his physical comedy is just hilarious. The supporting actors and actresses are all good, especially the parents and the actress that plays Ho Kyung.
But Choi Woo Shik, for him I don’t know if there are words. He is a star. He is wonderful in every way. Without him the character of Ho Gu would have failed with a thud. CWS is PERFECT in this drama with no flaws. When he cries, I cry. When he laughs and smiles, I laugh and smile. When he is intense, I burn and when he does physical comedy, I laugh until my nose runs. He brings Ho Gu so much life and warmth and spirit and even gravitas for a character that on paper would have none. I love him in this. I love him so much it hurts!

4. Plot and Writing: As I said earlier, there is a little weakness here where the plot depends too much on misunderstandings, but the originality and the dialog and the twists more than make up for that weakness. I know this was based on a manhwa so it’s not an original story and I have not read the manhwa so I don’t know how much this deviates, but I think the writing was really top notch. Once again a cable channel brings home the bacon where so many network shows fail miserably.

5. THE FEELS! What puts this drama over the top for me in terms of love and awesomeness though is the feels. I laughed; I cried; I laughed; I cried. I did those things over and over again, episode after episode. I can watch whole dramas and never laugh out loud or cry like a baby; I did both every week with this show. Maybe it touched me more deeply because I have a 16 mo baby. I don’t know. But I will never forget the emotions this show made me feel for as long as I watch Kdramas.

So there you have it. Stop whatever you are doing now and go watch this drama. It is nearly perfect and where it isn’t perfect, the intangibles make up for it. And if you love great acting, you have to see Choi Woo Shik in this. You are really depriving yourself otherwise.

Completed
Chika Diska
31 people found this review helpful
Other reviews by this user
2
Apr 1, 2015
16 of 16 episodes seen
Completed 2
Overall 9.0
Story 9.0
Acting/Cast 9.5
Music 9.0
Rewatch Value 9.0
I really love this drama because it's so cuteee!
From the first airing, I'm already fall in love with it because of the light story
But after a few episodes, the story is not light like I think before

The plot is like make viewers guessing what happen here and make me really curious what happens next! I like the plot that make me curious

And I love almost all of the soundtrack

Well, the drama is really worth to watch if you want a romance comedy although Do Do Hee character is a bit annoying at first. But I love it! 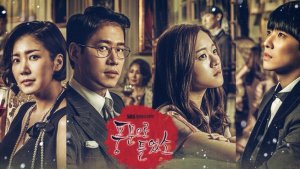 4 Underappreciated Korean Dramas You Should Check Out [Part. 2] 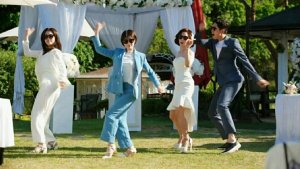