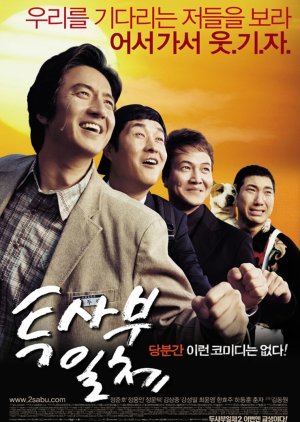 The original My Boss, My Hero hilarity came from the irony of a gangster in his 30s going to high school and attempting to get a diploma without revealing his criminal identity. The gangster, Kye Du-sik, tries to get along with his much younger classmates and ends up solving problems at the school. In the sequel My Boss, My Hero 2, Kye has graduated and entered college. He is dispatched to a high school to work as a student teacher for four weeks. The problems in high school are worse than the original. Kyu witnesses one especially corrupt teacher forge the scholastic documents of privileged students whose fathers are high-ranking politicians and have a sexual relationship with a pupil. (Source: AMW) Edit Translation 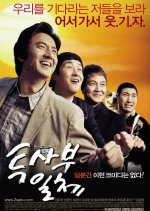 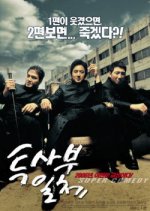 Completed
fourtseven
8 people found this review helpful
Other reviews by this user
1
May 22, 2012
Completed 1
Overall 7.0
Story 7.0
Acting/Cast 6.0
Music 7.0
Rewatch Value 6.0
This movie was unexpectedly touching. I figured I'd watch this movie and get a few laughs, and that would be all it was good for. I was wrong. I actually teared up at one point.

The plot, for the first 3/4 of the movie, didn't really make me care. I was just in it for the laughs. However, in the last fourth, the plot picks up and becomes more meaningful. There are a lot of laughs in the movie. Don't get me wrong, it is a comedy, but there are a couple touching moments. Some plot points, though, seemed contrived just to induce a laugh. They had no meaning to the overall story, or if they did, I didn't catch that meaning.

Acting, for the most part, was fine. Since it is a comedy, and there were many comedic roles, they were acted comically which is what I expected. I watched this movie for Han Hyo Joo. She was great. HaHa (Ha Dong Hoon) was in this movie, too, which was a pleasant surprise. It wasn't hard for me to imagine him in this role, as I've seen him act similarly (sometimes) on Running Man.

I may watch this movie again, but I don't know. I enjoyed it, but I don't know if I can sit through this 2 hour movie again. Overall, I liked the movie, and would probably remember it but that's only because there was a moment that shocked me and literally made my mouth hang open. If you have 2 hours to kill and don't want to think too much, then this movie is great.

New Topic
Be the first to create a discussion for My Boss, My Teacher 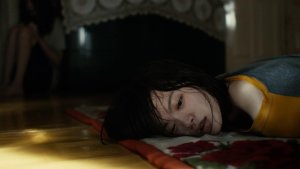