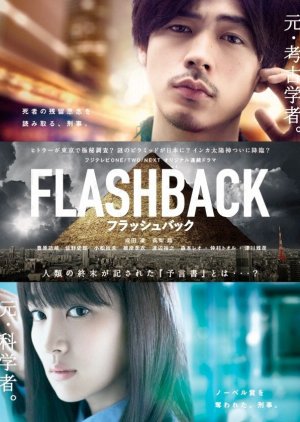 20 years ago, 5-year-old Kagami Ryoma saw his father, Ryoichi, murdered right before him. When he touched his father’s dead body, strange images suddenly came to mind. He began to get the residual thoughts that the spirits of the dead possess (flashbacks) when he comes into contact with dead bodies and personal effects. However, Kagami has a secret. If he cannot find and come in contact with those flashbacks within 72 hours, his brain’s synapses will explode and he will die. Kagami aimed to be an archaeologist like his father, but is scouted by detective Furusawa Takashi who happened to witness the scene of a flashback. Furusawa is now a detective of HIDE (Hidden Incident Department) which pursues bizarre murders of unknown causes. This department which uses Kagami’s unscientific and unproven flashbacks to deal with unusual crimes and conducts investigations that cannot be disclosed to the public, is a top secret organisation even within the Tokyo Metropolitan Police. Because of that, it is hidden in one of the rooms of the archaeological institute that Kagami used to be in. However, Kagami who does not obey the organisation and carries out investigations based on gut instinct, is a great danger … … HIDE is given an order by the police commissioner to add a new investigator who is skilled in the use of science based on evidence. The unsophisticated, demoralised researcher, Todoroki Himiko, of the Nobel Prize-winning Tohto University’s Institute of Advanced Science is singled out. She is actually a genius in advanced science. Professor Nishinomori Hideki’s research which won the prestigious Nobel Prize, was Himiko’s work. Although Kagami and Himiko have trouble communicating, they gradually become buddies. His flashbacks are solved with her advanced scientific knowledge. The unforeseen, shocking historical truths hidden behind the difficult cases are skillfully exposed each time, and the two of them get embroiled in the riddle of the “prophecy” which describes the end of the human race. Will Kagami and Himiko be able to prevent the impending annihilation of mankind? Edit Translation 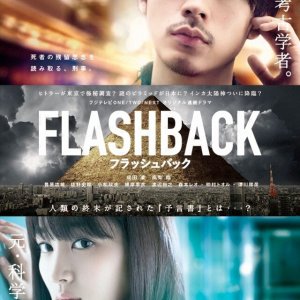 New Topic
Be the first to create a discussion for Flashback