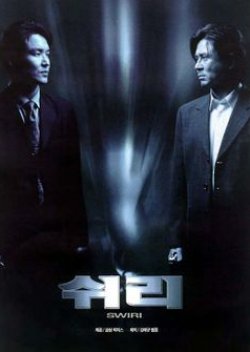 "Have you ever seen fish cry?" When special agent Ryu of South Korea's secret service fails to prevent the death of an arms smuggler-turned-informant, he instinctively suspects the involvement of Hee, an enigmatic sniper from a North Korean terrorist group. A skilled master of disguise, Hee has previously assassinated many government officials but since managed to disappear, escaping the unrelenting pursuit of South Korean agents. Now it appears that she has returned... Edit Translation 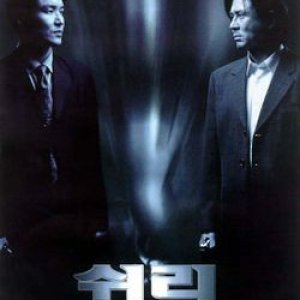 Completed
Cheer
19 people found this review helpful
Other reviews by this user
2
Sep 1, 2014
Completed 2
Overall 7.0
Story 6.5
Acting/Cast 8.0
Music 7.0
Rewatch Value 6.0
Korean films started to shine only recently compared to its fellow Asian countries. Swiri (or Shiri) is one of the films that started the South Korean cinema peek.

Despite the mega huge cast and great premise, I was actually a bit reluctant about watching this film. South Korean films started to shine after the millennium so watching something prior to that date is very risky but considering Swiri’s year of production (1999), it was a pretty cool film about a very appealing theme: The North and the South. I tend to adore productions about that theme; they always leave meaningful messages behind. This one didn’t disappoint.

Being a thriller, Shiri handles some plot turns wisely while others were plain predictable. Many “twists” didn’t surprise me at all. I don’t know, maybe because this is 15 years old so smart screenwriting didn’t actually hit hard but it wasn’t very fun to predict many turns of the plot. It’s not that serious though, it didn’t prevent me from enjoying this film to the fullest. Being a film about the two Koreans gives it too much potential to hit many important elements. I hate reviewers who compare this to some Hollywood films; this handles a very personal issue about Korea so it has nothing to do with the US’s filmmaking.

The other side of the coin is action; there were some pretty cool action sequences although I clearly saw some imitation to Hong Kong’s heroic bloodshed genre. I find nothing wrong with that because it added a delicious flavour to the action making of Korean thrillers. It was a pretty violent film and very up to my taste; brutal and pleasant. However, Swiri is not all about action; there were many dramatic moments and even romantic ones. It contained a good variety of genres to enlighten the mood, even the politic parts weren’t any complicated. I like entangled political clashes especially with the Korean peninsula issue but I know that many would find that very boring to follow. Fortunately for them, the plot followed a very simple political approach.

The acting was A class with both big stars Han Seok Kyu and Choi Min Sik ahjussi’s leading the film in the most stylish way ever. Beside them was another big Korean star Song Kang Ho ahjussi who succeeded in playing a supporting yet a well-crafter role. The characters weren’t that deep to be frank, they’re your usual action films’ leaders with great shooting skills and some intelligence to keep them going. But they didn’t feel shallow either, they had some interesting personal traits that made them feel memorable.

The cinematography was actually pretty good for a 1999 film. The explosions were alright but some of them felt completely fake, I can be lenient toward that because the director handled his camera angles and action scenes in a satisfying way.

Watch if:
-You like Korean thrillers because this is one of the films that started it all.
-You like Action thrillers.
-You like films about North and South Korea.

Do not watch if:
-You dislike Action thrillers.

Shiri is a remarkable Korean thriller considering its production year. It has potential to bring you immense entertainment if you appreciate recent Korean Action-Thrillers.

Yunjin Kim's performance is just fine, and for the most part it's not very impressive.Even though the action scenes are decent, they are not filmed very well. Too much of shaky cinematography during a few action blocks spoils the impact slightly.Editing is another major negative as the film could've easily done away with some 10 minutes. The romance subplots only add to the length. It was difficult to finish this film in once only due to the editing.
Repeat value: Can't say

SWIRI is an entertaining action film with some decent plot twists and overall entertainment, and further worth seeing if you love action films. But that factor too can act slightly negative since the action scenes are just fine and don't really hold a repeat value, though a few action blocks are done excellently too, at the same time.

New Topic
Be the first to create a discussion for Shiri