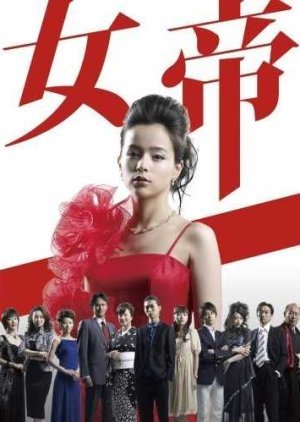 Kato Rosa stars as Tachibana Ayaka, a young woman whose life has been ruined after she lost her boyfriend then her mother became gravely ill. Looking for revenge, she starts out as a hostess with the goal of rising to become the "empress" of the Osaka nightlife scene. Matsuda Shota plays a member of the underworld who becomes Ayaka's ally. Edit Translation 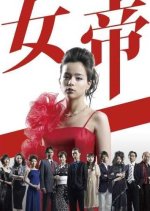 Completed
blackstar_aria
7 people found this review helpful
Other reviews by this user
0
Nov 9, 2011
10 of 10 episodes seen
Completed 0
Overall 9.0
Story 9.0
Acting/Cast 9.0
Music 8.0
Rewatch Value 8.0
It would have gotten a 10 but I cant say i believed in the lead characters cause. otherwise I loved Jotei! The story is about a girl who never gives up and reaches her goal. Yes it is based in the dirty underworld of hostess clubs, and deals with a lot of sex, alcohol, money and revenge but it's a must see.

I really liked Kato Rosa in this; although she looked innocent she played her role well. I already love Matsuda Shota, and he always plays a really good tsundere character. I liked the story line because she the character Ayaka didn't get everything like Cinderella, but in the end made out fairly well. This story didn't seem realistic, but a really ugly fantasy, where Ayaka has all of these disappointing moments and events to make it to a place that really isn't all that great. The drama played in between what is realistic and what would only happen in dramas. I think because it mixed them both it came off as this awesome semi-realistic story.

What I didn't like was how much they put an emphasis on having sex for something you want. It is true that this is a story about a girl becoming an empress in the night world, so that is part of it I guess. I would have wanted to see her get where she was going without sex- but maybe even that is too far-fetched for the fantasy. I also didn't like that the main character, Ayaka, believed that becoming a Ginza Empress would really allow her to exact revenge. That seemed just plain silly to me. I also detested her revenge plans for her father, and screamed my head off when that part came around.

All in all I thought the drama was well planned, a great story to watch, great actors and it was entertaining. It kept me glued to my computer, like hadn't been in a long time. Yes you may not agree with the premise, but if you give it a chance and have an open mind, I think it will win you over.

p.s. the end was good and gave resolution and satisfaction.

The drama gives viewers an inside look at the life of a hostess. It's a brutal field, with tons of egos and politics and drama. But the script writing fell short. There were too many repetitive cat fight scenes between the hostesses that just annoyed me to no end.

Matsuda Shota was the best actor in the entire drama. No surprise there. He was the only one who managed to pull off his troubled character well. So of course I was super disappointed that by the end of the series, he had very little character growth or meaningful dialogue or scenes with the main character.
Kato Rosa is attractive. But she didn't really portray her character with enough conviction or finesse.

10 episodes, and many face slaps later (the drama has a good number of them!), I was irritated.

With a good lead actress, better script and more scenes with Matsuda, this could have been a decent drama instead of mediocre.

New Topic
Be the first to create a discussion for Jotei