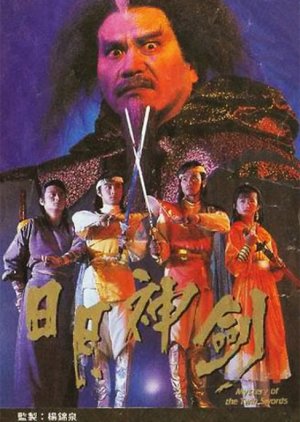 The series tells the story of two brothers, Ah Yat and Ah Yuet and the battle between the immortals and devils. After giving birth to Ah Yat, the immortals are informed that the next child will represent them in the next dual of the century against the devils. So, the head devil then turns the unborn baby into his, believing that by turning the immortals' representative into the devils', he will be able to take control of him and cause the two brothers to fight and cause the universe to collapse. However, the two brothers suddenly disappears after Ah Yuet's birth, and are discovered by a granny with mystical powers. She raises them for 20 years with her daughter, Kiu Kiu, whom the brothers sees as a sister. While growing up, the two brothers becomes cheeky, arrogant, but witty and clever with their tricks. Their playful personality leads them down the mountain where their adventure involves the new people they meet, including their love potential Ching Ching, the hitman Yin Pin Tin and a thief Kong Ling. But after all the fun of their journey, the brothers eventually face each other in the battle of the century between the immortals and devils where only one are expected to live Edit Translation 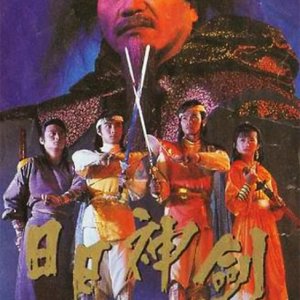 Basically the back story is that, Good and Evil has always been battling. The representative of the good side (heaven) was Ah Yat's father. His nemesis, the devil king, jealous that he can't possibly win a fight, impregnant Ah Yat's mom with his own demon seed, and plots that when the boys grow older they'll have the most epic show-down because the Good son will probably hesitate to kill his own brother. The devil king and Ah Yat's father have a showdown, which the Devil King gets locked away in a cave, and Ah Yat's father and mother pass away.

Years later the boys grow up along side their adoptive mother, and their sister Kieu Kieu  (**I watched in Vietnamese, so I don't know the Chinese). The three are quite comical, and often get into trouble and fights with each other. The three pretty much tear apart the little village, beneath the mountain, with their antics. Throughout the drama, they'll be introduced into several characters Thanh Thanh (Ah Yat's girlfriend), Yen Phien Thien (Their awesome martial arts friend), and many more characters. Thanh Thanh is a pretty violent/bossy girl towards Ah Yat, but he still tries to pursue her. Yen Phien Thien is a hit-man and the two brothers ask him to teach them martial arts, the three get into a lot of trouble in casinos (by scamming people). Throughout the funny stuff, there are several arcs where they all face the devil king's minion.

This drama is from the 90's so the CGI sucks on today's TV. It's also quite goofy. But it's a great drama and really showcase all the actors. Roger Kwok and Dicky Cheung were REALLY handsome when they were young. If you get a chance to watch this drama, it's pretty good.