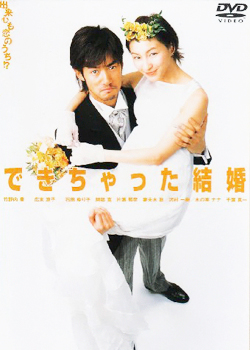 Hirosue Ryoko stars as Chiyo, 20, a department store clerk, whose first encounter with Ryunosuke, 30, a carefree bachelor friend of her sister's, leads to a pregnancy. Although of different worlds, they fell in love but Chiyo's father doesn't want these youngsters to get married. After eight months of struggles and growing up, they finally accepted each other as partner. Edit Translation 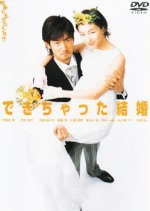 Completed
LLL78
6 people found this review helpful
Other reviews by this user
0
Nov 4, 2012
11 of 11 episodes seen
Completed 0
Overall 8.0
Story 10
Acting/Cast 10
Music 6.0
Rewatch Value 8.0
STORY:
It's a simple catchy story :D
nothing very outstanding about it but there is something very sweet going on between the too characters. I liked how since it only ha 11 episodes the story wasn't dragged along till the last minute

ACTING/CAST:
They were all great, and had amazing chemistry it felt really real :D
Loved them all except this girl who only appears in the first few episodes ... well you'll have to see to get it :D

MUSIC:
It was fine... AH! NO! I take it back it was all fine except for this ONE song! At first I thought it was sang iin Japanese and all but as I got deeper into the episodes and into the drama, plus the song kept on being played it turned out the guy was singing it english all along *SHOCKED* it was so horrible!!

Rewatch:
Probably... yeah someday if I'm bored and want a simple drama...
but I'm not the rewatch type really ....

Overall:
I liked it :D
Definitely recommande it for those who are like and are just looking for something simple and quick to watch :)

Completed
chesed
0 people found this review helpful
Other reviews by this user
0
Aug 24, 2017
11 of 11 episodes seen
Completed 0
Overall 6.0
Story 5.0
Acting/Cast 7.5
Music 5.0
Rewatch Value 3.0
Although I tend to watch almost any drama thrown at me, I took particular interest in this drama because the subject matter was something that someone close to me has experienced. The show would obviously show things differently as Japan has different customs regarding marriage and such, but the emotions and reactions are similar... that is, human.

Although after each episode I wanted to see the next one, I had a hard time empathizing with Chiyo. Her character was all over the place. The character appeared to grow, then regress. The rollercoaster continues and by the end, I really didn't care what happened, I just wanted it to be over.

That is not to say Ryoko Hirosue didn't do a great job acting; quite the opposite, I think she did very well in portraying the wide range of emotions expected of a character going through the difficult decisions of pregnancy and marriage. The writing, however, could have been much better. Chiyo didn't need to be so whiny at times and some of the situations felt forced, especially the ending. Takenouchi Yutaka was more... lively... in this role than his usual stony-cool persona. I enjoyed his character, but not as much as in other dramas.

The moments that made me tear up were entirely the dialogues between Ryunoske and the father. Perhaps it's because I have a similar quiet but strong connection with my own father. Still, Chiba Shinichi did a very good job playing the serious, stubborn father and even pulled of some of the funnier moments in the show while staying in character. I almost felt he made the show. Just as Ryunosuke and Chiyo couldn't marry without his consent, I felt the show itself couldn't progress without his consent.

The show was fun, and it has great moments that allow you to capture the emotions the characters are feeling, but I believe this was only because of the good acting on the show... the writing really didn't seem up to par on this one and it lowered the enjoyment factor drastically. I recommend it if you can relate to the subject matter, if you're a fan of Ryoko or Yutaka, or are bored. 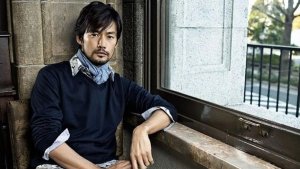