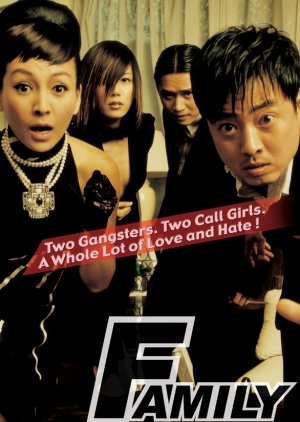 Two brothers, Sung Jun and Sung Dae, head a branch of the most powerful mob in Korea. As they try to win favor from the head of the mafia, they come across Hae Sook, owner of a prestigious club, and her sister Cho Heui, who serves as a waitress at the club. After entertaining the mafia boss, Sung Jun and Sung Dae leave him with several call-girls to keep him company. That evening, Cho-heui seriously injures the mafia boss after he sexually assaults her. After learning about the attack, the two brothers return to club to confront Cho Heui. The two families then wage war on each other creating a hilarious turn of events. Edit Translation 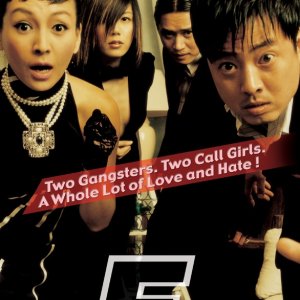 Completed
Yoon Na Rae
3 people found this review helpful
Other reviews by this user
0
May 26, 2015
Completed 0
Overall 6.0
Story 3.5
Acting/Cast 9.5
Music 5.5
Rewatch Value 3.0
Now I understand why this film marked the the fall in Kim Min Jong's acting career. In the merciless Korean society, this film was his downfall because he was never looked at the same way afterwards. Not because he didn't do a great job, not at all. The four leads' acting was superb in every way. But what would great acting do when the script is a total mess and the production is nonsensical?

As a fan of KMJ, I really got sick of all his gangster macho man image, but he did it well so I couldn't complain. But in this film they ruined all the good memories about his well-written characters. The characters here were poorly written. Their relationships with each other were loose and confusing. There is no story. No plot. Comedy out of place and not even funny. Silly production. Seriously, one of the hugest waste-of-talents film in the Korean film industry.

I did watch the two hours because Kim Min Jong and the other leads were really good at whatever their roles were supposed to be. And he was so beautiful. He just is so I finished it. Unfortunately I won't recommend it to anyone.

New Topic
Be the first to create a discussion for Family