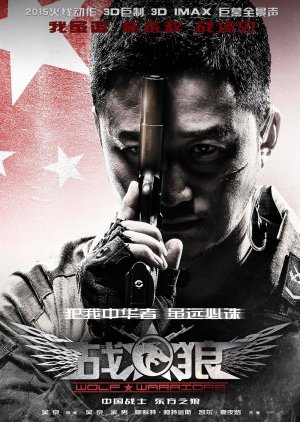 A Chinese special force soldier with extraordinary marksmanship but difficulty obeying orders of his superiors is confronted by a group of deadly foreign mercenaries who are hired to assassinate him by a vicious drug lord. Edit Translation 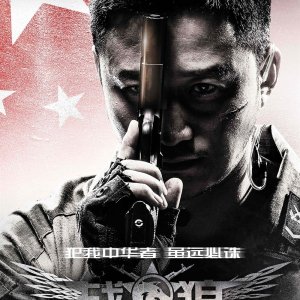 Completed
dariken
4 people found this review helpful
Other reviews by this user
0
Apr 30, 2015
Completed 0
Overall 7.0
Story 6.0
Acting/Cast 7.0
Music 8.0
Rewatch Value 7.0
Finally it happened! A totally Hollywood-style action flick, where modern Chinese military and patriotism plays a huge role! We all have watched our own fair share of Hollywood movies, where the American soldiers come and save the day. Flags are flying, guns are blazing, latest military hardware is displaying it's might and when all is lost the hero sees the flag of his belowed country, finding new strength to carry on.

And then you realize that it is not M4 those soldiers are wielding but QBZ-95. It's not woodland camo but digital camo. Tank is not Abrams but Type 99. That helicopter is not Apache but Z-10. And finally, it's not American flag flying all around with emotional music but Chinese. And all the good guys have compete devotion to their country. But they are Chinese.

We in west take the "Americans are good guys" narrative so casually that we don't bat one eyelid when we watch this kind of movie. But alas, as everything is substituted with Chinese counterparts while the story is practically identical in its formula to American action movies, it suddenly seems weird, even distasteful. "Propaganda" was the word popping in my mind many times, yet one heartbeat later I always recalled similar scene from some American action movie. Merely the vision of Chinese tanks driving around casually seemed weird, while I have seen dozens of movies where American tanks rover around and never really gave it any thought. It seems so given, while Chinese tanks are anything but! This movie is an eye-opener like that, while not artistic masterpiece. I truly wish that Chinese film industry keeps making more movies like Wolf Warrior. To bring balance to the force, so to say.