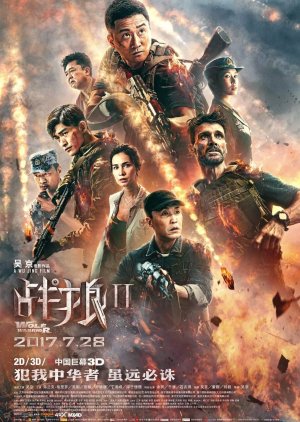 The sequel sees Wu, a former national martial-arts champion, reprise his role as a special forces marksman leading an elite squad on patriotic duty. But it relocates the action to a fictional war-torn country in Africa. Edit Translation 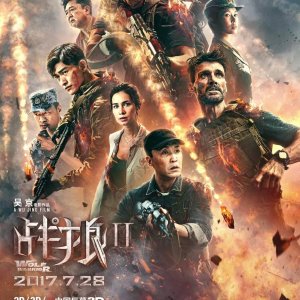 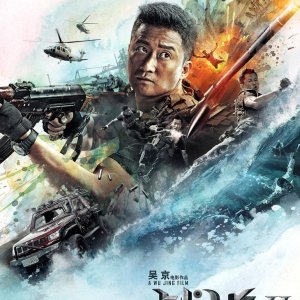 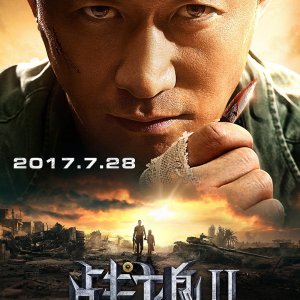 Completed
Septillion
1 people found this review helpful
Other reviews by this user
0
Aug 16, 2017
Completed 0
Overall 8.0
Story 6.0
Acting/Cast 9.0
Music 7.0
Rewatch Value 8.0
An ex-special operations soldier finds himself coming out of retirement to fight against a relentless and cruel mercenary group in a dangerous wartorn country. He will have to utilize all the skills he has acquired from his years working as an elite soldier to accomplish his mission of rescuing innocents who have nowhere to go. Explosive and exciting set pieces ensue.

Does that sound familiar?

If so, that's probably because "Wolf Warrior 2" is probably the most American movie to come out of China.

Fans of American action flicks won't see any surprises here. Despite its Chinese-centric story and cast, the movie is nearly identical to the blockbuster action movies that pop up on a regular basis. "Wolf Warriors 2" is basically what happens when you replace all the jingoistic pro-American messages in a Hollywood blockbuster with pro-Chinese ones.

The story is paper thin. Basically, an African rebel group is attempting to secure control of the country, and it is up to the dangerous and charismatic ex-Wolf Warriors operative Wu Jing to save the day. That's really all there is to it. The story is really the background to a series of over-the-top, but fantastic set pieces. Seeing how far Chinese cinema has gone is quite breathtaking, as I am not afraid to say that this movie is close to reaching the heights that similar Hollywood films like "The Expendables" and "Rambo" have.

The fight scenes are among the best I've seen. The excellently choreographed sequences will have viewers on the edge of their seats. The movie isn't afraid to show more brutal moments as well. As an action movie, "Wolf Warriors 2" does an excellent job of keeping the pacing going. There is hardly any time to think before you are thrust into another action scene. It is an exciting ride indeed.

Sometimes there is extremely obvious CGI, but for the most part, the special effects are absolutely great.

The actors do their jobs well and are rather likable. And while their roles are more or less standard action roles, I enjoyed watching them nonetheless.

The music does its job, but is ultimately forgettable.

All and all, I enjoyed this movie. If you're looking for a movie to watch that is pure action, this one is the one for you. If a deep and moving story is your thing, then you might want to look elsewhere.

Completed
Herman
0 people found this review helpful
Other reviews by this user
0
Jan 30, 2018
Completed 0
Overall 6.5
Story 5.0
Acting/Cast 6.5
Music 9.0
Rewatch Value 4.0
So, if you're here for action, you're going to get plenty of it.
The question is if it's good action... A lot of it is okay, in my opinion, but a lot of it was also super cheesy and add on that some good-for-a-chinese-movie-but-crappy visual effects, and it's nothing to brag about... There were 1 or 2 times I was like, "Hey that was some decent cgi stuff". The rest of the time I was just shaking my head.

Story (5.0):
When you really go back and think about the story, you kind of wonder what there really was to it... Watching it was also a bit disjointed, but I at least had a feeling that there was a story of some sort... I'm actually pretty used to fun action movies with lame stories by now, and there was a bit of good action that carried through part of the story.
I'm going to say that I was mildly entertained through the first half. A gratuitous first scene of him beating people up under water, fighting in the middle of town, a car chase, etc, it was all pretty great and I was settled down for a good 2 hours.
But they really started to drag towards the end.
If you really just are here for the action (which I pretty much was) you might enjoy it. BUT WHAT THE HECK. Do they not understand how things work? That tank battle was like a comedy to watch! I felt like I was playing a video game with special tank speed boosts and lousy controls.
Also, the fighting was fun but... over the top. Seemed like I was watching CSGO gameplay at times, what with all the headshot AK47s...
In the end the story is pretty much just get some important people to a ship. Fight and almost die along the way.

Acting/Cast (6.5):
Most everyone is just okay. The main leads are okay, the villains are okay, the side characters are okay... There were some who were pretty good and some who I thought were pretty bad, so I evened it out to a fair score. No one really stood out to me though.

Music (9.0):
I have to say, this is the best part of the movie. I enjoyed it from the very opening sequence and could liken parts of it to Hans Zimmer and the like while being unique.  There were also some pretty interesting uses of music, like cutting out to Amazing Grace at the most intense part of the movie (lol). I doubt it's anything I'll listen to a lot separately, but hey, I have to boost the movie score somehow.

Rewatch Value (4.0):
I seriously doubt I'll ever watch this again. To be honest, I haven't watched the first one yet either, and I'm not sure at this point if I will... Given that it has a lower rating than this... 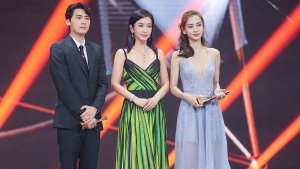 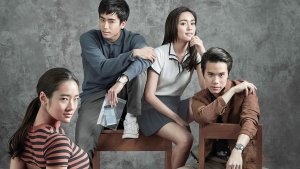