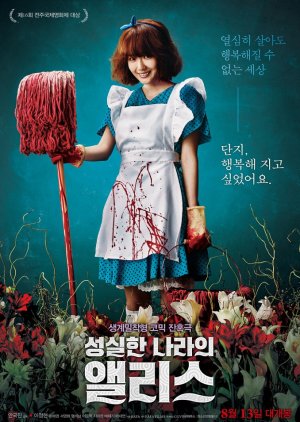 Soo-Nam can mimic anything with her hands if she sees it only once. She works hard everyday to pay off her husband's hospital bills, but it is never enough. One day, Soo-Nam's house is designated as part of a redevelopment area. She can make a lot of money from selling her house, but some residents protest against the redevelopment area. Soo-Nam becomes fed up with them and begins to use her dexterity against the other residents. Edit Translation 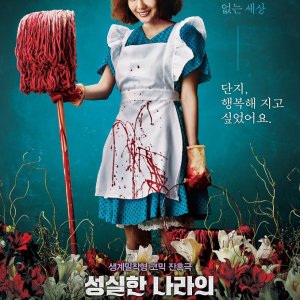 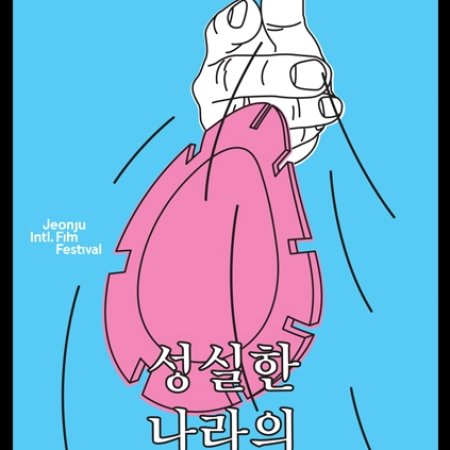 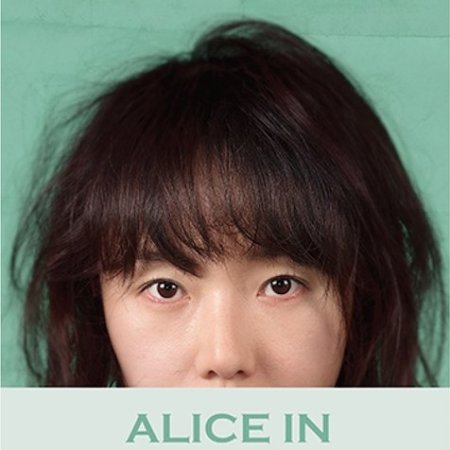 Completed
Jianne
4 people found this review helpful
Other reviews by this user
0
May 11, 2017
Completed 0
Overall 8.0
Story 8.0
Acting/Cast 9.0
Music 8.0
Rewatch Value 8.0
If I would describe Alice in Earnestland in one word, it would be: anger. But unlike a similar film that tackles rage and anger (Lee Il Sang's Rage), Alice doesn't show the same rigidity. The cornucopia of emotions aren't a mess because it didn't feel like corking a bottle; instead, it was done in a satirical, dark comedic way.

Firstly, Alice isn't even the main character's name. Her life is more similar to Cinderella than it is to Alice. But I guess it's a play on the words, "Wonderland" and "Earnest." Our heroine, is, in no way, in a wonderland. She hopes to be. She longs to be. She fights for it through earnest determination. And still fails.

This says a lot. Japanese and Korean society relays very much on the concept of hard work and discipline that they have inherited from China's Confucianism. It's no surprise that having to choose between factory life or "elite" life through studying, she chooses the latter because supposedly, education equals to success equals to eliteness. But later learns that her numerous certificates are useless (or no longer in demand) in an advancing technological world.

Soo-nam is at its core represents both affirming this society of hard work and also ultimately rebelling against it. As she experiences that despite all her hard work, despite all her conformity in doing things to achieve her goals—they are in vain. Feeling betrayed by these ideals, she rebells against these imposed rules.

Hence, why there is anger. But it's not the all-out nor is it hidden anger. It's always been there but it's been subtly shown that it didn't feel too overwhelming. In so many ways, it's dark comedic style and almost-Amelie-like editing style helped to show how she's making fun of things instead of making it too overly dramatic—even if the subject matter is.

But ultimately, this style also drags some of the film's major flaws. In some ways, it's also showing that women in love will do anything for the man they love. Just like Memories of Matsuko, does she really need a man in her life? For all the work she's done, is it truly worth it?

In this day and age, women want to be independent and work for themselves. While there's nothing wrong with wanting to build a family, I think there's this underlying tone that seems to imply who gets to give more to the other. It's not so clear-cut and there's certainly a grey area there but I think that's the part of the film that bothers me the most.