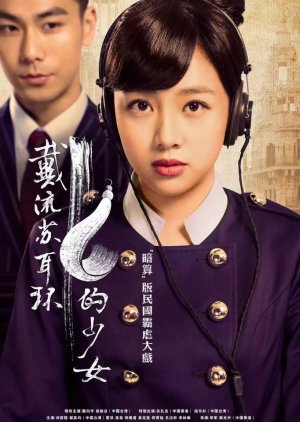 Set in 1920s Shanghai, where broadcast radio became a trend, Qian Tian help in setting up one of the most trending Radio station, however the Hao Ming meeting turn into a misunderstand which prompted Hao Ming to take away her family heirloom earring. Slowly QianTian will win Hao Ming over with her gentleness and kindness. Edit Translation 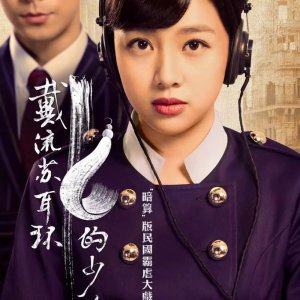 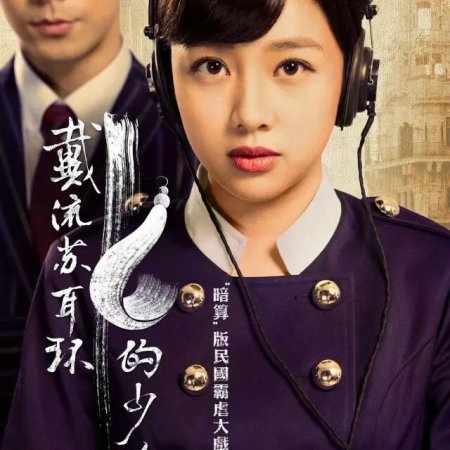 Completed
Inkscraps08
15 people found this review helpful
Other reviews by this user
1
Nov 29, 2015
48 of 48 episodes seen
Completed 1
Overall 7.0
Story 7.0
Acting/Cast 7.0
Music 7.0
Rewatch Value 6.0
First of all, I personally really like Guigui so I watched the whole thing but if it weren't for her I don't think I would've completed it :S If you're into romance and drama this could be a show for you. The romance is cute in the beginning near the middle it focuses on elaborating and building up to the problem solving / ending of the show. There are many things I'm not too fond of though.

I'd say the story was okay. When looking back it was basically a Romeo and Juliet story. It had one major plot so it wasn't all over the place. The surrounding subplots lead up to the major problem so I'd say they did well to stay within their plot line. The romance did feel a little repetitive at some point but I'd say it's because both main characters were written to be stubborn so their decision felt like ongoing battles between their desire / love and pride. Near the middle / end of the show it does become less about romance and more drama-ish (importance of family and justice - although it does surround the main romance plot line). To further elaborate as to why it was only okay its because personally I did not like the ending not because of the lack of romance but the ending was truly puzzling.

As for the acting, I haven't seen any of the other actor's stuff but Guigui always seem to be playing the playful, cute and lovable character thus her doing well here was no surprise. It was like a copy paste of her other works just in another time / dimension. Plus, I find her shippable with anyone so I was fine with her acting. I'd also like to point out that the acting here was good for what was needed to be presented. Some of the actions the &quot;characters&quot; did in the show were questionable, but I can't blame the actor's acting for it. Thus, they acted well for their characters. The only problem I had was the dubbing. Guigui's dubbed voice honestly made her sound even more like a child / younger, so sometimes I couldn't take her seriously.

Music was okay. They have an opening and ending song but I usually skip those so I don't even remember what they were. The music within the show didn't distract me from what's happening. They did well with the music during the romance scenes and since it's a romance drama, I'd say they did great.

Now the rewatch value... hmm, personally, I would only rewatch the beginning 20 so episodes? Cause they were cute. But near the end I was completely disinterested. Also the final episode was terrible. I honestly hoped that I had got it wrong and there was at least one more episode left. If I had known that, that was the final episode I would've stopped much earlier! So to say, I liked the romance, the main pair in the drama, even the story was pretty okay but the ending was bleh. I suggest you try it but if you didn't like the first 20 so episodes, you won't like the rest of it either.

Completed
Neeta
11 people found this review helpful
Other reviews by this user
0
May 23, 2016
48 of 48 episodes seen
Completed 0
Overall 6.0
Story 6.0
Acting/Cast 6.0
Music 6.0
Rewatch Value 6.0
Overall, I thought this drama was cute. Gui Gui's acting was adorable like always and the male lead was handsome. What bothered me a lot about this show was the patriarchy involved. Sure, the plot took place in the 1920s and maybe that does kinda make sense. However, there were many repetitiveness in the body-slam against the wall and the arm grabbing from the guy which happened in EVERY SINGLE EPISODE. The girl keeps running away from the guy and the guy always manages to catch up. Blah Blah a bit boring if you ask me. I did wished the writer could've done something new and fresh to the characters as they were bickering with each other. The guy always come out to be a little too aggressive and it's a mystery how the girl can tolerate him.

Anyways, the plot was good in the beginning then it kinda dragged on for like 20 more episodes. The ending came abruptly and was a bit disappointing tbh because it left us hanging about what happened to the characters. I guess this drama is worth a try, but it's definitely not the best drama I've watched.