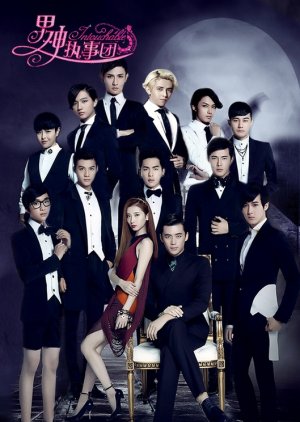 Tian Na is a normal high school girl until the school's most handsome guy, Jie, confesses to her. For their first date, Jie brings her to a space-time video store and suddenly disappears on their way home. Tina's necklace that she has been wearing since she was young also disappears, leaving Tina with only a card that says, "Game Start". In order to find Jie and her necklace, she goes on a journey under the guidance of Yu Zao Chuan, a man she found at the video store who claims to be her handsome deacon. He tells her, "In order to find Jie, you need to complete the contracts of 10 deacons." Edit Translation 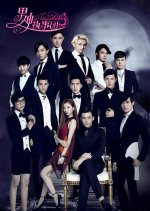 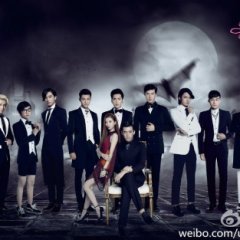 Completed
blackstar_aria
9 people found this review helpful
Other reviews by this user
1
Jul 24, 2016
10 of 10 episodes seen
Completed 1
Overall 4.0
Story 2.0
Acting/Cast 5.5
Music 6.0
Rewatch Value 1.0
Intouchable is definitely a show that you watch just for the eye candy. There is no other reason.
The good: Lots of flower boys, butler costumes, short episodes, and a supernatural flair. There are some funny references to current shows and the cast seemed to do some pretty good acting.
The bad. Well where do I start? First- from the summary the story line seems interesting and like it would make an awesome show, but maybe the episodes were too short or something? At any rate the script/dialogue was awful; every episode began without explaining how the characters got to the location, or got information. The middle of the episodes would just happen… no “hey guys lets go over to this time/world and check it out” the characters are already there in different clothes. The end of each episode would leave you wondering “so what did I just watch?”
Second- The production. Call me drama privileged but years of watching kdramas, tdramas and the ever evolving jdramas must have me spoiled. I can only imagine the budget was spent on the flower boy actors because the set, design, special effects and wardrobe were all awful. I felt like I was watching a even worse version of yokai nignen bem.
Third- I was roped in by the promise of vampires and I felt betrayed. I love my supernatural just as much as the next gal… but the supernatural characters lacked awesomeness in this drama.
The Verdict. Don’t watch this one, unless you WANT to waste hours looking at pretty boys (are they part of a boy band or something?) and figuring out the whole drama. I was convinced that I wouldn’t let the drama beat me so I watched till the end. In hindsight I don't think that was the best stance to take. :( The really good news is that even though the end left an even bigger question mark on my face, they really tried to explain the whole point of the show.

p.s. every time I read the title I laughed… did someone spell Untouchable wrong?

Completed
MeiFord-Feng
10 people found this review helpful
Other reviews by this user
1
Feb 6, 2016
10 of 10 episodes seen
Completed 1
Overall 5.0
Story 4.5
Acting/Cast 6.0
Music 5.0
Rewatch Value 4.5
The show was enjoyable for the most part. It had a good cast and interesting characters, but the story was a little odd. It left me with many unanswered questions and a need for a second seasons.
Was this review helpful to you?
View all

New Topic
Be the first to create a discussion for Intouchable