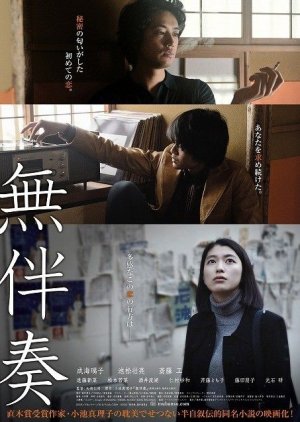 Set in the year 1969 in Sendai, Miyagi Prefecture, Japan. Kyoko Noma (Riko Narumi) is a loving female high school student who takes part in campus protests. One day, she meets university student Wataru Domoto (Sosuke Ikematsu) in the tea cafe Mubansou ("A Cappella"). Kyoko falls in love with him, but they get involved in an incident that leads to a shocking ending. Edit Translation 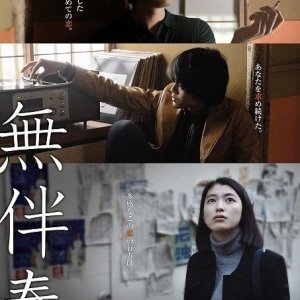 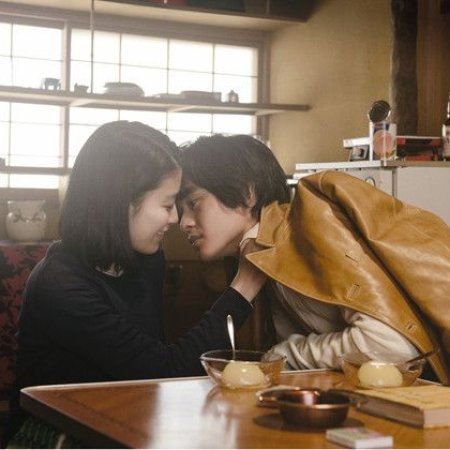 Completed
natsuu
4 people found this review helpful
Other reviews by this user
1
May 18, 2018
Completed 1
Overall 10
Story 10
Acting/Cast 10
Music 10
Rewatch Value 8.0
"A Cappella" is a film version of Mariko Koike's novel of the same name. The story is extremely complex, touching on themes such as identity, sexuality, mental health, socio-politics, and coming of age. The trailers do not do this movie justice. It is so much more than what has been presented, and the same can be said once you've watched it. I have re-watched this movie a couple times now and I am still finding subtle things that I didn't see on the last watch I did. I have read the novel and I think that the film did it justice in some ways and in others it didn't. However I will strictly just talk about the movie here. Do not watch this if you're looking for an easy movie to watch and if you are uncomfortable with sex scenes and nudity.

The Story: Our narration throughout the movie is done by Kyoko, whose point of view we mostly follow. She comes from a sheltered upbringing but takes part in socio-political movements and protests. Her participation comes from a desire to be totally opposite from the sheltered environment she grew up in, not necessarily because she believes in the revolution she is a part of. She steps into a whole new world after meeting Wataru, Yunosuke, and Ema at A Cappella, a cafe playing baroque music with its occupants reading literature and lost in thought. They are not interested in the politics and revolutions happening in society, but are rather in a bubble of their own existentialism and self-indulgence. Wataru and Yunosuke have been friends since they were younger and Ema is Yunosuke's girlfriend. The four are entangled in an inevitable destiny that cannot be escaped from.

Characters: Kyoko is an innocent and naive character who yearns to break out of her closed environment. Being involved with the three allowed her to truly be herself, also allowing her to own up to her own ignorance about music, literature, and more. They introduced a world that is free of judgment and prejudice. Vice-versa, Kyoko is a breath of fresh air to the three, especially to Wataru. She is not tainted by the world and represents an innocence that is long gone. Wataru is a mystery to Kyoko, as she is unable to understand who he truly is. Along with Wataru, Yunosuke is a tightly closed book and has a heavier mystery to him. Wataru and Yunosuke are like a glue that cannot be unstuck. Ema is enthusiastic and brightens scenes, her enjoyment displayed with Yunosuke’s presence. She also has a naivety with her love for Yunosuke overflowing for all to see. Ema's purpose seems to only be an admirer on Yunosuke's arm but she ultimately plays a large part in the end.

Acting: I cannot imagine these characters being played by anybody else than the actors in this movie. They embody their characters, almost to a point where it seemed like there was no line between the character and them. I was familiar with Saito Takumi as I've seen him in other projects, but even with that acknowledgment he blended into playing Yunosuke scarily well. He does already have that sultry and mysterious vibe but it was heightened with his acting of Yunosuke, especially with his deep honey voice. Narumi Riko did an excellent job at portraying Kyoko as a naive and innocent character, yet soul searching with her experiences. Ikematsu Sosuke shows Wataru's warmth, insecurity, and pain on a precise level. Saito Takumi and Ikematsu Sosuke are an amazing team together, they feed off each other extremely well and have great chemistry. Their glances and mannerisms show a depth to their characters. There are a lot of sex scenes in the movie, some I felt could have been cut for more characterization but others important for the story.

Cinematography: I really loved how this was shot. They use silence with specific scenes, which creates a subtlety and tension for what’s happening on the surface and below. Their usage of color did well at putting the viewer in the time era. It seems almost like a haze, restricting to less saturation and bringing out the depths of the darker colors. There is importance with the use of shadows for characters and scenes, most notably for Yunosuke and Wataru and at the tea house (a place that represents both a physical and psychological escapism from society). I also found it interesting that they used the actors' bodies as storytelling by showing to the viewer a truth that is unspoken.

A 10/10 movie that I recommend to watch. I think you can personally get a lot out of it, I know that I did. A few days after I watched this I could not get it out of my head. It's that kind of movie.