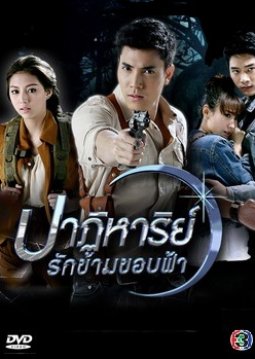 Ai is trying to find her dad that had disappear at a deadless forest while looking for gold. A lot of people say he's dead, but she doesn't believe it. So she and her boyfriend Chris went to find Khepana who knew the forest really well. Khep live with his younger sister Kwan. Both of their parents have died because of going into the forest. When Ai first ask Khep to take her to find her dad, Khep say no because of what happen to their parents and he doesn't want to risk anyones life. But after a while, he feels pity for her and decided to take her with a group of people. Ai didn't want her boyfriend to risk his life for something like this so she told Kwan to help take Chris away from the resort so he wouldn't know. After Chris found out what Ai have done, he hired another person who someone what know about the forest to go with him. Kwan tagged along, of course. Later, Chris and Kwan found Khep and Ai and the other group of people. They all continued with their journey trying to find Ai's dad. Edit Translation 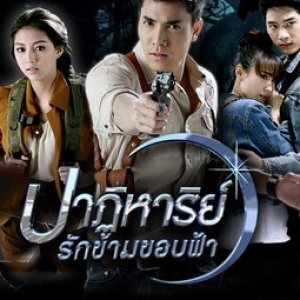 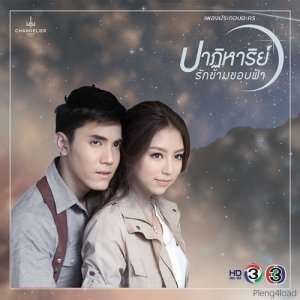 The story was good until ep 13. To be honest I was thinking at that point why there are so many episodes left since the characters were well developed and already went through some changes and troubles. If after episode 13 ep 21 had followed I would have loved this drama.
But no .... after that it became confusing and unnecessary. Suddenly new characters were added and a new land was shown.
I skipped my way trough that and even ended up not watching for about 5 episodes. I thought i might not be able to keep up but in those 5 episodes almost nothing had changed and I could still comprehend the story. That is just not a good thing.

She was nice and ok. The acting of her was good.
The male lead was the reason I watched this drama. He was good as always even though I felt he was a bit wooden at the start and in some scenes just a bit over the top.
The rest acted rather well and the cast was well chosen. ( And was honestly sometimes the only thing that kept me going)

Like I said the story is unnecessary at times and just difficult to sit through.
The choices and development a character made, a lot of the times didn't make sense.
For example Chris :
possessive boyfriend till the very last episodes and then he is like nope ill stop that ! I mean like what ! That wasn't well developed at all.
And her .... I mean girl if you love someone go for it but it was like she couldn't leave her bf but there was never really a reason given for that. I would have appreciated it so much more if it was her decision to leave her bf and she didn't wait around for a different guy to free her or whatever she was doing for like the last 15 episodes.

In conclusion it was just way too long and so many story arches just added nothing to the drama and it just felt like the writers wrote a skirpt and then they said ok but make this 24 instead of 14 episodes.

Some cute moments :)
The second female lead his sister was just such a sweetheart and a role model.
The cast was funny and cute.

I wouldn't recommend this drama or maybe watch is till ep 14 and then continue with ep 21.
The rest is a waste of time :)

Completed
Mystery243
0 people found this review helpful
Other reviews by this user
0
Feb 10, 2019
24 of 24 episodes seen
Completed 0
Overall 9.0
Story 9.0
Acting/Cast 8.0
Music 8.0
Rewatch Value 10
This review may contain spoilers
I really liked this drama. The synopsis doesn't give the whole story, which I liked. I really liked the fact that there were more than one story arks within this drama. The only bad part for me was that the main villian was only revealed in the last episode and didn't really have a role.

The story is sweet and I think the actors really matched the roles. My only problem with the main female lead was her indecisiveness. That made my want to scream at her just say it already. I really liked the second male lead. The actor did great in both his roles.

I liked the overall feel of the drama and recommend it to people. Watch it if you like fairytales and fantasy stories. It is sweet and does have some action. Plus the kisses were good and the chemistry between the couples was there.