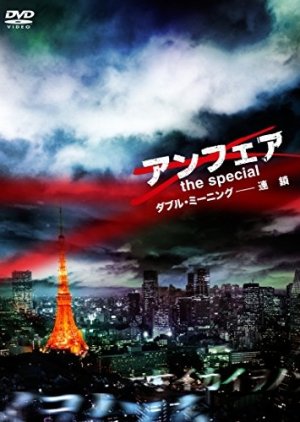 Detective Mochizuki Akira (Kitano Kii), who was kidnapped as a child, still goes for regular counselling sessions at the recommendation of Tachibana Kyoka (Yoshida Yo), a physician of the police hospital. One day, a creepy doll addressed to the Tokyo Metropolitan Police Department is delivered. The same scar from a burn that Mochizuki’s kidnapper inflicted on her is on the doll’s arm. It is accompanied by a message (in kanji) “I wish for a reunion/resumption”. Does this mean the kidnapper from 20 years ago wants to meet her? Or is this a proclamation that kidnappings will resume? Mochizuki visits her former boss, Yamaji Tetsuo (Terajima Susumu), who also rescued her, in order to ask about the details of the kidnapping case 20 years ago which she has been repressing. The only thing she remembers is the wrist watch that the criminal wore. But at that moment, Mochizuki is notified of the kidnapping of a 9-year-old girl on her mobile phone. Furthermore the same case keeps happening. On the other hand, Yamaji is investigating the dead body of the secretary of a Diet lawmaker, which was discovered within his jurisdiction. Although it is clearly considered a murder, the investigation is called off because of the orders of the head of the First Investigative Division, Kokubo Yuji (Abe Sadao), and treated as a suicide. Feeling suspicious about this, Yamaji secretly asks medical examiner, Mikami Kaoru (Kato Masaya), to run a check. Mikami reluctantly accepts. He contacts a mysterious man (Yoshida Kotaro) and makes some disturbing move. Mochizuki tells her boss, the director Asano Yoshinori (Nakamura Shunsuke), about the doll as well as the connection between the rash of simultaneous kidnappings this time and the case 20 years ago, but he does not pay attention. However, Kariya Masaru (Aoyagi Sho), who belongs to the Second Special Investigation Fourth Section, offers to assist her. The two of them start to investigate similar cases in the past without Asano’s permission, but are astonished that all the investigation records at that time have been deleted from the police database. Moreover, the next morning the investigation task force is notified of the signals from the mobile phone of the missing girl, and Mochizuki and Kariya race to the scene but… As the case enters a new phase, Mochizuki starts to worry about what she should do when she confronts the criminal who kidnapped her 20 years ago. Yukihara Natsumi (Shinohara Ryoko) appears in before Mochizuki. Meanwhile, Umekawa Naoko (Kinami Haruka), whom the police has identified as a person related to the case, comes. Edit Translation 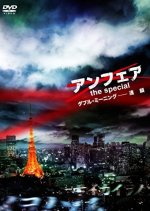 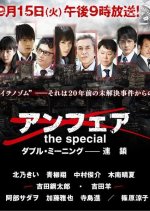 New Topic
Be the first to create a discussion for Unfair: The Special - Daburu Miningu Rensa