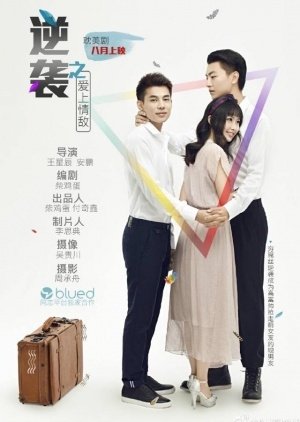 Falling in Love with a Rival chinese drama's extra part. Made to promote a new phone and company, set after Wu Suo Wei and Chi Cheng got together. Edit Translation 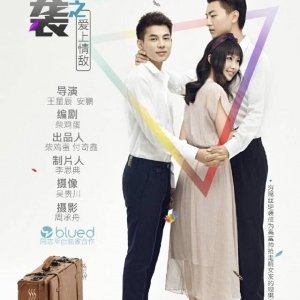 Completed
Toge
3 people found this review helpful
Other reviews by this user
0
Nov 23, 2017
1 of 1 episodes seen
Completed 0
Overall 7.0
Story 6.5
Acting/Cast 8.5
Music 6.0
Rewatch Value 6.5
Just a heads up that by the time you finish reading this review you could have found and started watching the 10 min episode by now!

Story: the story is pretty simple but cute. I also felt that it was a little too dramatic for the situation, but that just shows how in love Chi Cheng is! The special is only ten minutes and what they had in those ten was nothing special. Its also a bit awkward because the special doesn't make sense after the first season. I can tell a lot happened between the first season and the special and Its obvious it takes place after season 2 which isn't out yet. I feel that the special is a bit of a teaser and it leaves me wanting to know what happened in between.

Acting/Cast: The acting was amazing. Wu Suo Wei is so cute and i love how he acts immature. Then there's his counterpart Chi Cheng that is very serious and mature. They are the typical Uke and Seme. I feel like Wu Suo Wei's acting is what held the special together.

Music: This gets a pretty low grade because of the lack of music. Of course the intro is good but there needed to be more in during the special. Even 30 seconds of a good song would have brought this grade up.

Re-watch value: Like i said its only ten minutes so there isn't much to re-watch. Its kind of a one and done. But that doesn't mean its bad to re-watch. Its just like another episode that you watch and wait for the next.

Overall i'd say just watch it. ESPECIALLY if you are a fan of the 8 episode series! Its not a waste of time at all.

Completed
vaberella
0 people found this review helpful
Other reviews by this user
0
Apr 3, 2018
1 of 1 episodes seen
Completed 0
Overall 3.0
Story 2.0
Acting/Cast 6.0
Music 2.0
Rewatch Value 1.0
This was an 11 minute long product placement commercial for a MEITU phone (now if only I was into selfies like that). Bloody hell---I have to say they were successful in making me want to get one--problem is, if the writers wanted me to appreciate the story and I think that's actually what the writers wanted me to do---they failed epically and hence the reason they scored the above.

If you saw my review for the drama itself---you would know it's not my cup of tea...this was just as bad. I would consider it higher on my list. However, more and more and more I think about it; I get more annoyed.

The two leads have now become a pair considering their living together. I never understood the whole snake storyline thing so whatever to that nonsense---however, I note that the snake is the first thing we see in front of their lovey-dovey picture. I feel that's symbolism for something---maybe leading into a S2. Yet, we'd never know, since that might not happen.

The childish behaviour apparently is considered cute and some people find it funny. I don't. I hate seeing growing men act like 5 year olds on screen. This is made worse when it's related to sex acts. Ahh, I finally hear the connotation of "semes" vs. "ukes". The only thing was the double entendre I liked from the "semes" when he said you were on TOP---and took out a phone---but he just implied "you were riding me" as his on "TOP" claim. That was the only time I had a smirk and it went up 1 point.

Other than that...Ugh...annoyed. Nothing else in the short made sense.