The Unbearable Lightness of Inspector Fan (2015) 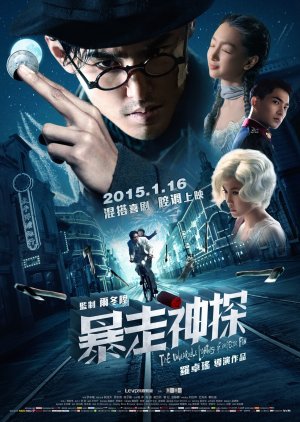 The Unbearable Lightness of Inspector Fan, also known as Shanghai Noir, is a 2015 comedy action romance suspense film directed by Clara Law. The film is a Chinese-Hong Kong co-production. It was released on January 16, 2015. Edit Translation 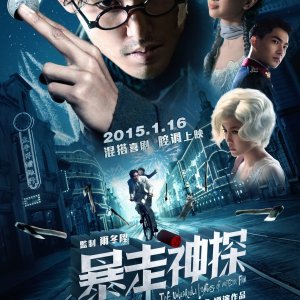 Completed
Overwind
0 people found this review helpful
Other reviews by this user
0
Mar 29, 2018
Completed 0
Overall 6.0
Story 6.5
Acting/Cast 8.0
Music 6.0
Rewatch Value 3.0
The story is set during the 1920's Shanghai's French Concession. We follow a rather eccentric private investigator who gets involved in a dangerous love affair while also struggling to keep the few friends he has, still above ground. Action to say the least.

I liked the ideas involved. It's very peculiar in a way. Similar in a sense to the French film, Amelie. The story is being told by a narrator and personally, I hate the use of voice over in films but this one did it the right way. It didn't take away from the story and it helped build emotional bridges for the viewer to latch onto.

The costumes and set designs were done really well. The acting and music was really good as everyone played their part perfectly although I do think Dong Yu's character was sorta cliche and in the grander sense, not needed. The overall plot really keeps you guessing as to how everything unfolds right until the end credits so in that respect, it's a good movie that keeps you invested throughout.

But once you find out about the reveal, it just doesn't have the impact that it should have because you find out how jaded the particular villain was. I was surprised by the end reveal regarding the character in question.

All in all, a decent whodunit for anyone wanting to take a break from the emotional binging of Korean dramas and focus on a light but fulfilling two hours of Chinese cinema.